Gotta Run: Resolution 5K and the ‘queen’ of Rowan runners 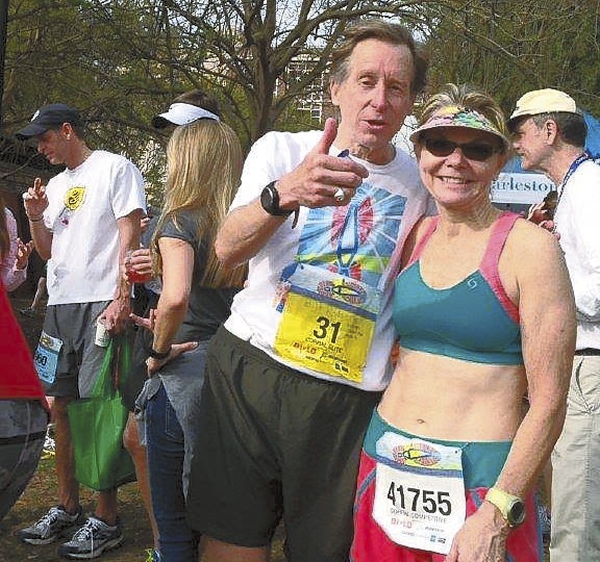 Racing has wound down for the rest of December in Rowan County. The next event locally is the Resolution 5K at the Forum on Jan. 1. Start time is 9 a.m., and the course is the same as the Butterball 5K from Thanksgiving Day. Besides being the day for finalizing your own important resolutions, it will be a great day to give back by participating in a 5K for the most reasonable of fees. Required for entry is a minimum donation of $5 or five canned goods, 100 percent of which will be given to Rowan Helping Ministries in Salisbury.

The Resolution 5K is presented by the Salisbury Rowan Runners in partnership with the Forum, the City of Salisbury and Novant Health. All participants will get a dri-fit shirt and refreshments afterwards. Runners and walkers will be timed, not by name, but by place of finish. Finishers should just remember their place card (finish place) number and can check results later that afternoon online at www.salisburyrowanrunners.org. A digital clock will be running at the finish as well. This is a fun event, so no awards will be given. Registration is available at the Forum and online at www.sportoften.com.

Just a reminder that the next Beginning Runners Class is right around the corner. The class will begin on Jan. 9 at First Methodist Church in Salisbury at 5:45 p.m. It includes eight weeks of classwork and running, culminating in a timed 5K. A training shirt, membership in SRR and entry in the FUMC Run for Missions 5K on Sunday, April 3 are all included for the $65 fee.

The next race in Salisbury is the biggest of the year, our 33rd Novant Health Winter Flight 8K on Sunday, Jan. 31. Watch for plenty of news about this race and the Beginning Runners Class on www.salisburyrowanrunners.org

While many runners made their mark locally, none has been as long lasting and successful as Trudy Gale of Salisbury. She was born in Spencer and attended North Rowan, never participating in sports but serving as a cheerleader for four consecutive years. She went off to attend UNC Chapel Hill and casually took up running without much serious effort.

The first 5K of her long career came at the Mayfest 5K in Salisbury on May 2, 1981, followed a couple of weeks later by the Towel City 5K in Kannapolis. Gale got her first win on Dec. 10t, 1994 at the Holiday Hip Hop 8K at Frank Liske Park near Concord.

“It was early evening and getting dark when I finished and had just started snowing,” she said. “It was just a special moment that I will never forget.”

The Cooper River Bridge 10K in Charleston, S.C., has always been one of Gale’s best races. She has finished the storied event 18 times. Cooper River is by far the largest race in the Carolinas and second largest in the Southeast. Gale won age group awards in 16 of the 18 races. Her top finish was 45:41, 198th of 19,340 women.

Salisbury’s own Winter Flight 8K has taken the biggest stage of any Rowan County race, known throughout the Southeastern United States. Gale lists her favorite race as the very first one on Jan. 29, 1984. She has raced, worked or watched all but one since.

Most memorable to me was Gale’s effort at last year’s Winter Flight, one of the warmest and windiest in the long history of the event. With about a mile to go, Gale began to experience a problem, eventually staggering and falling on the road. She got help from several bystanders and firemen, wanting her to stay down. Gale wouldn’t hear of it and completed the rest of the race before spending the night in the hospital.

Gale also enjoyed encouraging her nephew, Eli Walton, to take up running. Walton became a standout runner in both track and cross country at East Rowan High School. Gale had a hand in other family members and friends beginning to run.

“I love encouraging others to run and watching them race,” she said.

When not running, Gale enjoys cycling, flower gardening and making arrangements for her church, Spencer Presbyterian, showers and other events.

“I’ve been running for almost 40 years. I can’t imagine not running. After hundreds of races, I don’t know how many I won, but running has been my compulsion. It has made me the person that I am. It has made me a more dedicated and disciplined person. Running has certainly increased my circle of friends, all of which have been supportive and encouraging. I am a richer person because of running, much healthier and younger feeling than I would have been without it,” said Gale.

Gale included a favorite quote by Running World’s Dr. George Sheehan, twice a visitor to Salisbury for earlier Winter Flights: “There are as many reasons for running as there are days in a year. But mostly I run because I am an animal and a child, an artist and a saint. So too are you. Find your own play, your own self renewing compulsion and you will become the person you were meant to be.”

Trudy Gale has found who she was meant to be. A conservative estimate credits her with dozens of wins and nearly 1,000 races, each one with class and dignity.

See you next week!