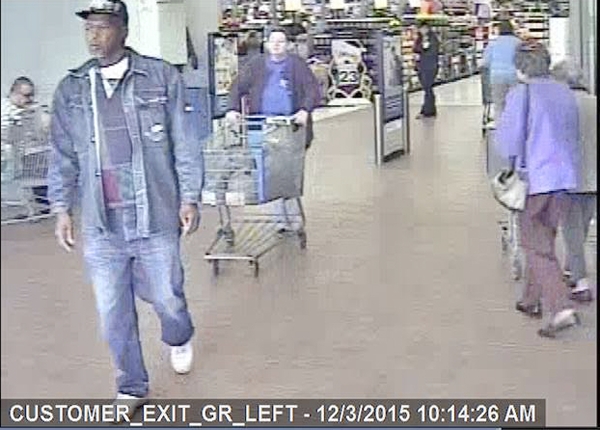 Submitted photo. The man in front and the woman behind him are persons of interest in the theft of money from a woman at Subway inside Walmart.

Police looking for persons of interest in theft Submitted photo The woman pushing the shopping cart is a person of interest in the theft of an envelope of money in the Subway inside Walmart.

Salisbury Police are looking for a man and woman as persons of interest following the taking of a large sum of money from an elderly woman at a Subway restaurant.

A restaurant employee recalled seeing a black male in line behind the woman pick up the envelope and leave. Store surveillance captured the man and a woman inside the restaurant and then leave Walmart together.

According to surveillance video the man picked up the envelope, looked inside and walked away from the counter. He turned as if to go back toward the counter, but he then walked to a woman sitting at a table. The two then left together.

A Kannapolis family escaped a fire that seriously damaged their home and vehicles Tuesday night. According to a report from... read more