Gotta Run: A new race and some outstanding performances 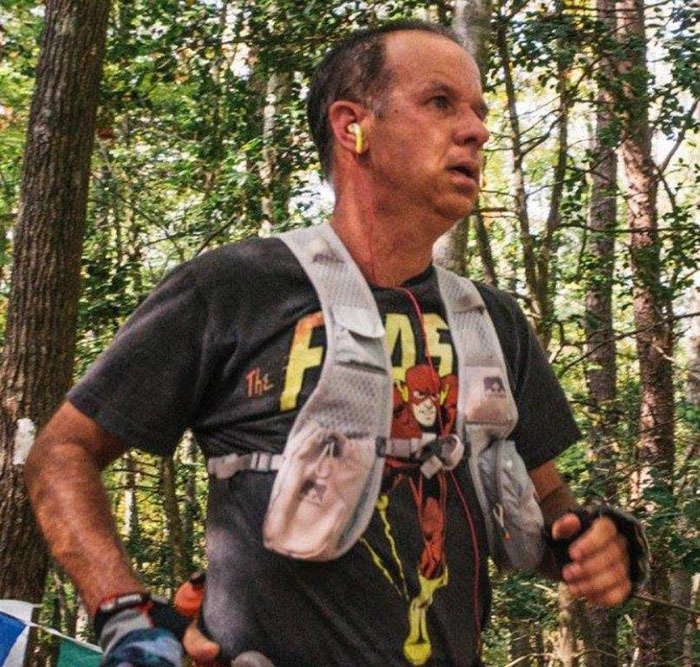 A few weeks ago, I mentioned that I love running in the rain. That hasn’t changed, but I don’t want to do it every day. There have certainly been plenty of rainy days recently, and our races continue to dodge the precipitation. We are due a few nice Saturdays for the upcoming events.

The only race for this week is another new one, but I think it will take its place as one of the best around. The Share the Care 5K Run/Walk, presented by Rowan Hospice and Palliative Care, takes place Saturday, Nov. 14. The course will start in front of Novant Health Rowan Medical Center at the corner of Mocksville and Mahaley and will proceed to the Greenway area from Knox Middle School over to end near Prescott and then return, cross Mahaley and join the next section of Greenway to Grove Street. The runners and walkers take a left to head for the Hospice offices on Grove where everyone finishes with a big celebration of food and entertainment. Participants get long-sleeve commemorative shirts, plenty to eat and a chance at awards. More information is at www.salisburyrowanrunners.org . Online registration continues all week at www.sportoften.com and registration can be done in person at the Hospice location on Statesville Boulevard. Early packet pickup will be there on Thursday and Friday afternoons. Saturday morning registration is at the Wilson Smith Outpatient Center at 612 Mocksville Ave.

Several outstanding finishes by local runners have been recorded during the past two weeks. Adalie Harrison, all of 13 years old, dusted two fine local female runners easily to take top honors at the Spooky Sprint 5K. Dual lightning came in the race efforts of two 9-year-old boys, Tristan Rabon and Connor Price. All three of these have bright futures in running. Just last week at the St. Matthew’s 5K, the battle between two of the area’s top females continued to heat up. Dr. Acquawon Stallworth and Florelay Brown are both pushing each other hard. This one is worth watching.

While never even wanting to consider running a hundred mile race, I have remained in awe of those who do it and do it well. Martin Thorne has found his inner challenge in doing what are called ultra runs, those longer than a marathon (26.2 miles). He just completed the Uwharrie 100 Mile, his third 100 mile race.  Martin said, “This one really stretched me because of the rocks, roots, creek crossings and steep climbs. I was often so tired that I had trouble lifting my feet high enough to avoid the roots and rocks. I lost count of how many times I fell.”

The course is five loops of a 20.5-mile course, with over 30,000 feet of elevation change throughout the total distance. The race started at 6 a.m. on Saturday, Oct. 24 and finished at 6 p.m. on Sunday, Oct. 25, although Martin’s time was much better at 28 hours and 43 minutes. His effort was good for fifth place, and was two hours faster than the previous course record. Only 22 runners finished out of the 37 who started the event.

Martin had prepared for this event all summer by running 300 miles a month and by doing 10 hours a week of cross training. Aid stations with water and food were provided every 6 miles during the race, helping to replace the approximate 12,000 calories burned during nearly 29 hours on his feet. Martin said, “I drank high-calorie drink mix and ate as much solid food as I could. I was afraid to ever sit down because I was not sure if I would get back up. I fell and hurt my knee at about 60 miles while running in second place. The knee continued to bother me the rest of the way.”

Pacers helped Martin to stay focused during the last three loops of the race. He added, “It was kind of cool to see the sun come up for two straight days, both Saturday and Sunday. Early in the race, I just focused on completing each 20-mile loop with the option of continuing. Later in the race, even that was too much. I had to break the final hours into little pieces that my body could understand. Just getting to the top of the next hill so I could rest was enough at a time. When I would hit a low point mentally, it became important to inspire my boys and my wife to go after big goals and not quit when the going got tough.”

Following the completion of the event, Martin is still recovering. He said, “All I want to do is eat and sleep. I’m still super tired two weeks later, but am gradually increasing my runs.” Future plans include a 32-mile race in November and a marathon at Kiawah Island in December, plus 20 more of the same in 2016.

Rowan-Salisbury Board of Education Chairman Josh Wagner took ninth place in the Uwharrie 100K race — or 60 miles — with a time of 17 hours and 49 minutes. Thorne and Wagner are both from Salisbury. Rowan County ultra-marathon legend John Zerger will definitely be proud of these guys. We might visit with him in an upcoming column.

November will remain busy. Lots of good events are right around the corner. I hope to see you on the roads in the meantime.

David Freeze is a nationally certified running coach and president of the Salisbury Rowan Runners. Contact him at david.freeze@ctc.net. Learn more at Learn more at www.Ulearn2run.com