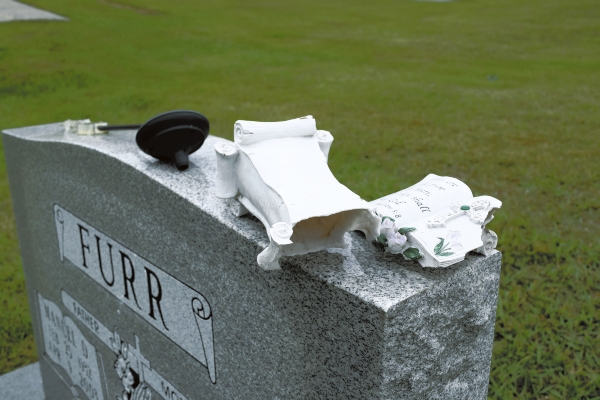 Headstones and other items in the cemetery of St. Enoch Lutheran Church were damaged over the weekend. Photo by Rebecca Rider

The Rowan County Sheriff’s Office is offering a $500 reward to anyone providing information that leads to the arrest of vandals who struck St. Enoch Lutheran Church on Campbell Road.

Over the weekend, vandals broke and damaged approximately 37 headstones in the church’s cemetery. Anyone with information should call Capt. Todd Wyrick at 704-216-8716, or the Sheriff’s Office at 704-216-8700.