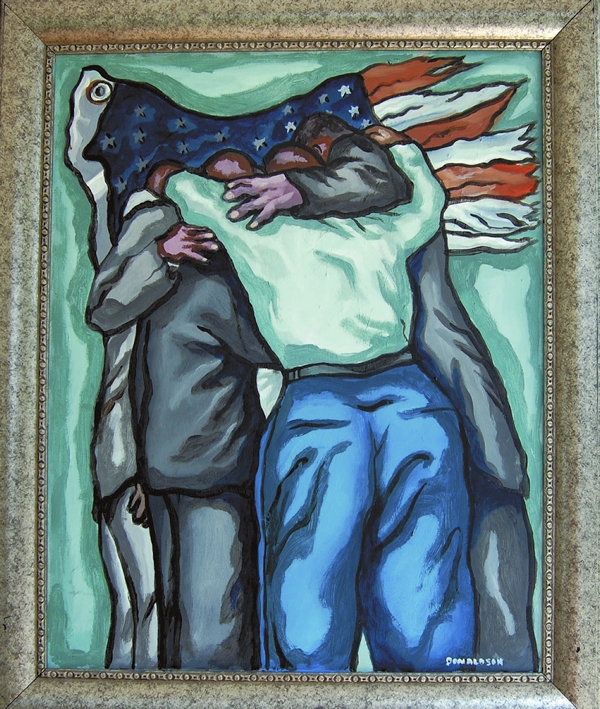 James Donaldson painted "9-11" after the terror attacks, depicting the nation's grief and resilience.

As the United States marked another 9/11 anniversary last week, emergency personnel couldn’t help but compare attitudes after the Sept. 11, 2001, terrorist attacks and the climate they find themselves operating in this year.

After the nation witnessed the heroism of 9/11, citizens went out of their way to show respect and appreciation for public servants enough. Millions of TV viewers had watched firefighters and others rush into the burning World Trade Center and the Pentagon as others ran out. After that, we looked upon emergency responders differently. Hundreds of rescuers gave their lives as the heat of exploding jets and burning fuel caused the Twin Towers to collapse. While no words or acts can match the responders’ sacrifice, people did their best with gifts of food, water, posters, cards and flowers.

Appreciation rippled out across the country, and people pulled together everywhere, including in Salisbury. Churches filled up, Police Chief Rory Collins remembers. The support shown for law enforcement, fire departments and EMS, he recalls, “was almost overwhelming.”

Again, attitudes are shaped by what people see. This year TV viewers have watched grainy videos of suspects gasping for air as they are wrestled to the ground or being shot as they flee police. Much-publicized incidents of unarmed black suspects dying at the hands of law enforcement have put everyone on edge. A wave of violence seems to have arisen in response, with incidents such as the fatal shooting of a Texas deputy while he pumped gasoline into his cruiser.

Collins says the men and women who serve the community need our support. Typically, it’s their job to deal with negative events. “People don’t call because they’re having a good day,” Collins says.

Instead, we call them on our worst days, when a fire breaks out, cars collide, hearts fail or violence breaks out. The emergency responders come, sirens sounding, lights flashing — always there for us. Time passes. Headlines change. In this uncertain world, there is at least one thing that remains the same: the dedication of the men and women in emergency services. Thank goodness.

Rarely and perhaps not in modern times has a presidential campaign more resembled the classic 1957 film, “A Face in... read more