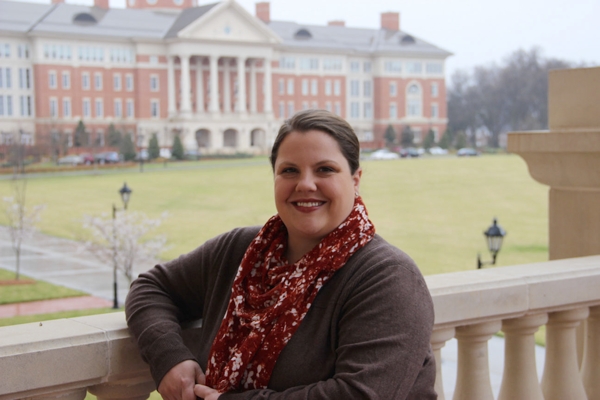 Male fertility is still a sensitive subject, said Goodson, a post-doctoral research associate at the NRI, making it tough to rely on traditional recruitment methods like fliers and advertisements.

But after the NRI partnered with Duke University’s MURDOCK Study in Kannapolis, which has nearly 12,000 participants, Goodson needed only one day to identify 13 men who have the genetic variant she studies.

“The MURDOCK Study has a ready population of men who are interested in clinical studies, and samples that allow me to more easily find men who meet our criteria,” she said. “Our return on investment is much, much higher.”

With more than 400,000 biological samples from 11,715 people enrolled in the Community Registry and Biorepository, Duke’s MURDOCK Study is one of the most unique research initiatives of its kind and offers NCRC scientists like Goodson a more efficient way to find participants for hard-to-recruit clinical studies.

“It’s a priority for us to partner with our NCRC neighbors on exciting research,” said Douglas Wixted, the Duke-MURDOCK Study project leader for strategy. “This collaboration with the NRI was a perfect opportunity to support campus researchers who had a unique challenge for which the MURDOCK Study offered a unique solution.”

In May 2015, Duke provided 150 anonymous DNA samples from the MURDOCK Study biorepository to Goodson. Her analysis indicated that 13 of the 150 samples, or 8.6 percent, showed the genetic variant, which is consistent with the prevalence in the general population.

Goodson, who works under the direction of NRI Director Dr. Steven H. Zeisel and study director Dr. Martin Kohlmeier, is researching the hypothesis that the nutrient betaine, commonly found in foods such as beets and spinach, could improve sperm function in certain men. Her work at the NRI, in partnership with the MURDOCK Study, has the potential to help treat male infertility, a growing problem in the United States.

Starting in 2014, Goodson began searching for men with the variant in a particular gene that helps metabolize the nutrient choline into betaine in the body. Mice that lack the gene are infertile, and men with the variant have less robust sperm motility. Goodson’s study participants take dietary supplements of betaine to see if it improves their sperm function.

“We really had to cast a wide net to find 10 qualified men,” she said. “After about a year, I couldn’t find enough men, and a couple of people one day said, ‘What about MURDOCK Study samples?’ ”

So began a collaboration that could potentially help thousands of men with the variant, which affects 5 to 9 percent of the general population, conceive a child more easily. Goodson’s research is a pilot project that will determine whether the NRI moves ahead with a full-scale study and hundreds of participants.

“This could mean hope for some couples having trouble conceiving naturally,” she said. “There are far too few options available to couples affected by male infertility, and this could represent a way to improve fertility using a natural, non-invasive approach.”

Partnerships like the one between the NRI and the Duke-MURDOCK Study, which is led by principal investigator Dr. L. Kristin Newby, are a hallmark of the NCRC, where collaborations in the areas of human health, nutrition and agriculture are helping to move science and medicine forward faster. Duke and UNC are working in Kannapolis to replace cookie-cutter approaches to health and nutrition with precision medicine and personalized nutrition.

Goodson, who grew up in Kannapolis and Rockwell, said she never would have guessed that she would someday work at a renowned biotechnology center where Cannon Mills Plant One once stood. Her family worked at the mill for 70 years before Pillowtex shuttered the textile plant in 2003.

David H. Murdock, the chairman of Dole Food Co., bought the abandoned mill in 2004, demolished it and developed the NCRC. He donated $35 million to Duke University to launch the MURDOCK Study, which is named in his honor.

“I started graduate school in the summer of 2003 when the mill closed,” Goodson said. “If someone had told me then that I would be back here, doing what I was destined to do, I would have known they were crazy.”

Goodson speaks passionately about reproductive biology and helping to solve problems with fertility through nutrition.

“I have a deep interest in it, and to be able to do that here, in this place, is quite a blessing,” she said. “There is groundbreaking work going on here.”