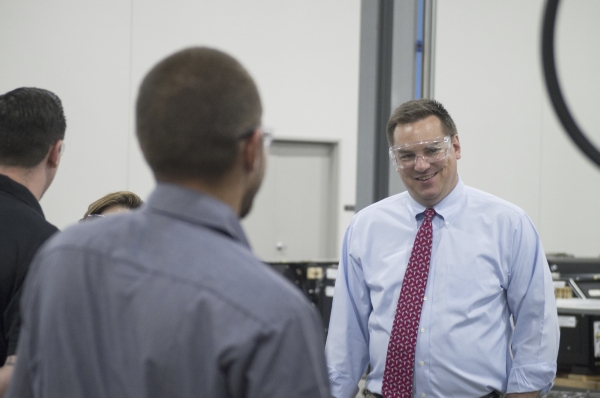 Hudson among the first to set foot in Agility Fuel Systems

U.S. Rep. Richard Hudson, R-8, can count himself among the first non-employees to set foot inside of Agility Fuel Systems’ regional headquarters in Salisbury.

Agility Fuel Systems projects to employ about 100 people at its regional headquarters by the start of 2016. The company isn’t quite done with construction yet. Its building is complete, but several pieces of equipment and bits of interior work remain.

The company’s grand opening is scheduled for Oct. 21.

During his tour, representatives from Agility Fuel showed Hudson floor plans for the future facility and spoke about how the company puts its fuel systems in trucks.