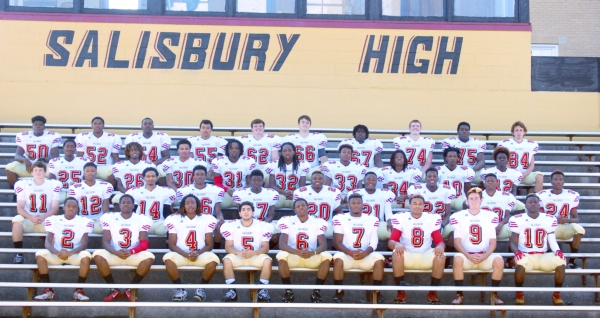 Davidson column: The wonderful season of football is among us

SALISBURY — Optimism is in the air at historic Ludwig Stadium, and the positive thinking may be justified.
The core group for the Hornets took lumps as varsity sophomores, made major strides as juniors and expect a winning season as seniors.
Two seasons ago, Ryan Crowder’s first as head coach, Salisbury was over-scheduled and overmatched. The Hornets were outscored 100-0 in a two-game, midseason stretch and finished 2-9.
A year ago, Salisbury allowed 40-plus points six times, but the offense, which topped 30 points three times in Central Carolina Conference victories, was often productive. Salisbury entered the final week of the regular season with a 4-0 CCC record before getting pounded in a title showdown with North Rowan. The Hornets recovered to win a first-round playoff game and finished 6-7.
“Last year’s South Iredell game (a 41-31 victory in Week 5) was a turning point,” Crowder said. “We were underdogs, but we came out and took control with our offense. Our kids saw what we could do when we executed. They saw they could compete, they saw they could win. After that, we had momentum.”
Salisbury won five of its last seven.
Coaching tweaks are part of the reason the Hornets believe they’ll maintain momentum in 2015. The hire of Clayton Trivett, former Trinity head coach, as offensive coordinator, will open up the offense. It also allows Crowder to focus on defense, his strength. He was Joe Pinyan’s defensive coordinator when the Hornets were a program to be reckoned with.
“Working with the defense, I feel like I’ve come home,” Crowder said.
Salisbury’s six returning offensive starters include running backs Willie Clark and Antwond Glenn, who combined for 1,800 yards last season. Also back are a trio of offensive line starters — tackle Matt Woolly, guard Robbie Bergstone and Marquise Peele, who will move from center to guard to make room for Rondarius Peele, his younger, larger, brother.
“We should be good on the offensive line,” Crowder said. “If you can’t block, you can’t run. If you can’t protect, you can’t throw.”
Salisbury has been quietly transitioning from being a run-run-run team to a more balanced offense. Riley Myers, last season’s QB, had passing games of 13-for-19 and 15-for-20 against defenses that loaded the box. That trend will continue whether Harrison Smith or Marcus Corry is the starting signal-caller.
Smith, mostly a receiver last season, and Corry, former jayvee QB, have battled for the job throughout the preseason, with both getting equal reps with the first team.
“We like both of them — they’re both bright and they have good arms,” Crowder said. “It’s a good problem to have.”
Smith is 6-foot-2 and has a height advantage. Corry is quicker.
Salisbury has other uncertain spots — defensive line, kicking game — but Crowder believes all questions will be answered positively.
A defense with five returning starters should be stouter than a year ago. The anchors will be linebacker D.J. Alexander (All-CCC) and defensive back Darius Jackson (All-CCC, All-Rowan County).