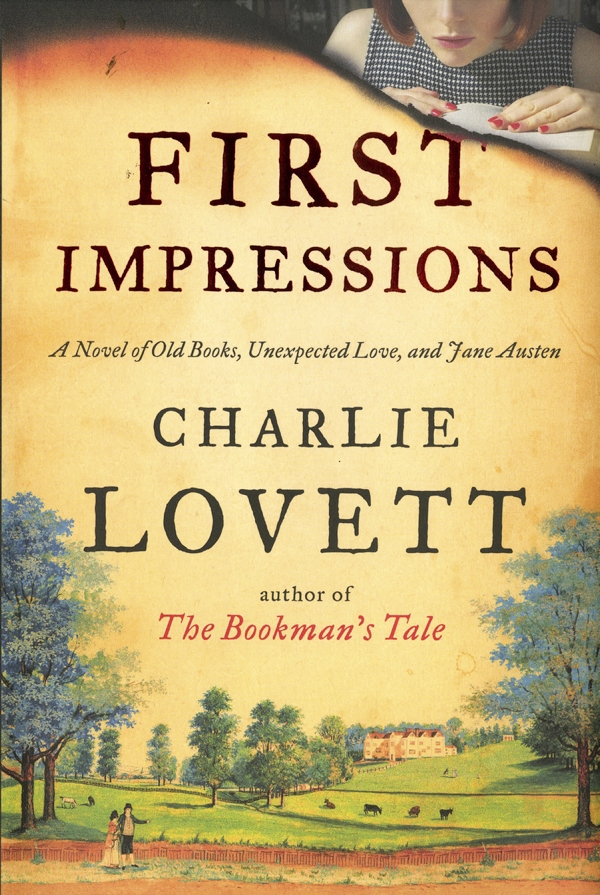 My first impression after reading “First Impressions” is this: Well, that was fun.

Its spot as the second book in  the 2015 Summer Reading Challenge is just right. The first book was Jane Austen’s “Pride and Prejudice.”

“First Impressions” was a working title for “P&P” and it’s descriptive of this fictional journey back in forth in time to unravel a modern mystery and an Austen-era conundrum.

Author Charlie Lovett, who was here for spring’s Rowan Reading Rendezvous, is returning Tuesday at 7 p.m. to Rowan Public Library to talk about this book.

Lovett’s “First Impressions” is about a connection between Jane Austen and an elderly minister that could lead to a startling literary revelation.

It’s also about Sophie Collingwood, a young graduate student with a staid, somber family and a passion for old books.

Sophie, since childhood, has been an insatiable reader, fed by her dear Uncle Bertram, who seems to be the only one able to wrest a book from Sophie’s ancestral home library. He is granted one book each Christmas, grudgingly, by Sophie’s father, who plans to use the books to maintain the manor.

Lovett splits his time between Winston-Salem and Kingham, Oxfordshire, England, so the setting around Oxford and London is familiar to him, as is the environ of old books.

Not just old books, antiquarian books — books people want to collect, no matter the price. Lovett has been an antiquarian bookseller, remains a collector and is also the author of “The Bookman’s Tale,” a New York Times bestseller.

He alternates chapters between Austen’s time with her minister friend, Mr. Mansfield, and Sophie’s contemporary time. Austen is looking for inspiration for her writing; Mr. Mansfield loves novels and companionship.

Sophie is looking for direction after her graduate degree. She still loves the time she spends with Uncle Bertram, reading and picking through shops of old books.

In the Austen chapters, you will find Jane and Mr. Mansfield discussing her writing, portraits of Jane’s family life, and letters that are the precurser to “Pride and Prejudice.”

Sophie winds up working in a London bookshop. She’s reeling from the sudden loss of her uncle and his entire book collection, the two things she most loves in the world. Determined to buy back as many of his books as she can, she sees the job as an opportunity. When a demanding customer asks her to find a second edition of book no one has ever heard of, she’s puzzled, only to have another man sweep into the shop, flashing his sex appeal, also looking for the same book.

Customer No. 1, George Smedley, begins making threats to her if she does not find it. Customer No. 2 simply takes her to bed.

Meanwhile, she meets an eager American who she finds crass and annoying. She’s in an emotional state, still grieving, suspicious that someone was involved in her uncle’s sudden death, when deeper feelings about the American threaten to overwhelm her. A single kiss on a moonlit night is most unsettling.

What is she searching for? The second edition of Mr. Mansfield’s “Little Book of Allegorical Stories,” among other things. She doesn’t know who Mansfield is, but readers do. And we know what Jane and the good cleric are doing.

As Sophie digs deeper to find the book and discover if her uncle was actually murdered, her research skills pay off, although her instincts are distinctively dull.

Sophie’s world is low-tech. She has a cellphone, but it’s just a phone, and a laptop. Mostly she spends her time in the pages of an old book, searching through old collections of papers, rereading books for clues.

The sexy guy, Winston Godfrey, uses his talents to keep Sophie interested. She’s not ready to trust him, but too often, she does. Eric, the American from the garden, sends her a French edition of “Pride and Prejudice,” which she later discovers was not a street stall find, but an expensive much-sought item.

She thinks of him often, but is still annoyed by his loud and disrespectful behavior. She doesn’t know who to trust, and the reader isn’t sure, either. As the plot thickens, following Sophie’s detective work is fun. It’s hard to believe no one in her fictional world has ever made the connection she’s discovering, considering the Austenmania that grows each year.

The book is tightly focused on just a few characters, and the reader actually won’t know a great deal about Sophie’s world. But that may be because she keeps her world small, nose in book, family at a comfortable distance. She feels very alone when her uncle dies. She makes dumb choices, but she’s in a weird situation. The happily ever after ending is a bit trite, but Austen’s “Pride and Prejudice” certainly glowed with good feeling all around.

Lovett’s book is ideal for a summer read. You might learn something while following the trail, and there’s plenty to talk about when Lovett comes Tuesday at 7 p.m. The event is free and open to all.

The third Summer Reading Challenge book is “Dead Wake: The Last Crossing of the Luistania” by Eric Larson. The discussion for it will be Tuesday, Aug. 18.