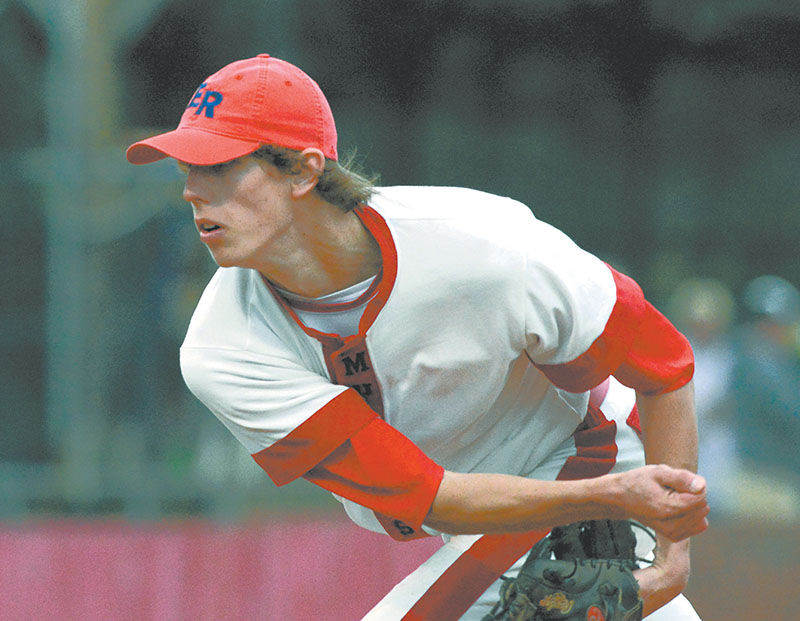 File photo by Wayne Hinshaw / For the Salisbury Post East Rowan pitcher Joseph Peeler (9) was selected by the Seattle Mariners in the 25th round of the MLB draft. Peeler, who is signed to play baseball at UNC Wilmington, said he is 95 percent sure he will go with the Mariners.

“The Mariners’ scout called, asked me how I was doing, and then he told me, ‘Well, we got you,'” Peeler said. “I got so excited I kind of went nuts. I did some running around the house yelling and screaming. And then I started calling my family and my buddies.”

Peeler was chosen in the 25th round. He was the 755th overall pick.

Peeler, a right-handed pitcher, threw several outstanding games as a senior for East Rowan and has thrown impressive games against elite competition in showcase ball. He is a UNC Wilmington signee.

The Mariners like Peeler for the same reasons UNC Wilmington offered him a scholarship. He’s 6-foot-5, throws hard and has a good curveball. His frame is a prototypical pro pitcher’s build — long, lean (175 pounds) and loose. Peeler is taller, but there are physical similarities between Peeler and fireballing right-hander Bobby Parnell, who graduated from East Rowan 13 years ago and has been a closer for the New York Mets.

As far as harnessing his talent and throwing strikes, Peeler is well ahead of where Parnell was at the high school stage of his career.

“Peeler is throwing 89-90-91 now,” East Rowan coach Brian Hightower said. “He has a great work ethic, and it’s going to be interesting to see how hard he throws after he puts on 25 pounds. Scouts really like him, not just his body, but his fluid arm motion and the way the ball comes out of his hand. Everyone agrees his ceiling is high.”

Peeler was 4-4 as a senior, although his season was better than it sounds. East Rowan was shut out in three of his losses. The other loss was to Crest in the 3A state playoffs.

“You can pitch your tail off and still not win, but that happens to pitchers at every level,” Peeler said. “It wasn’t hard to move past it. You just keep doing your best each time out.”

Peeler made the All-South Piedmont Conference team and struck out 75 batters in 63 innings while walking 19. His ERA was 1.77. Opposing hitters weren’t comfortable against him and batted .179.

Peeler said it’s “an honor to be drafted,” but he expected to be picked the Mariners. They’ve been persistent in maintaining contact with him since they saw him at a showcase camp.

Seattle representatives made a recent home visit to get to know Peeler and his family. They also flew him out to Seattle for a pre-draft workout.

“The Mariners talked to me about him,” Hightower said. “Not really about his pitching but about his character. They wanted to know if he had any character issues, and he doesn’t. There aren’t any better kids than he is.”

Peeler doesn’t expect prolonged negotiations with the Mariners and expects to sign if he receives a reasonable offer. He put the odds of his signing at 95 percent. He could be boarding a plane for Seattle’s training complex in Peoria, Arizona, in the next day or two.

“When a kid gets drafted, you’re happy for him,” Hightower said. “It means he’s achieved a goal that every kid who plays baseball is shooting for.”