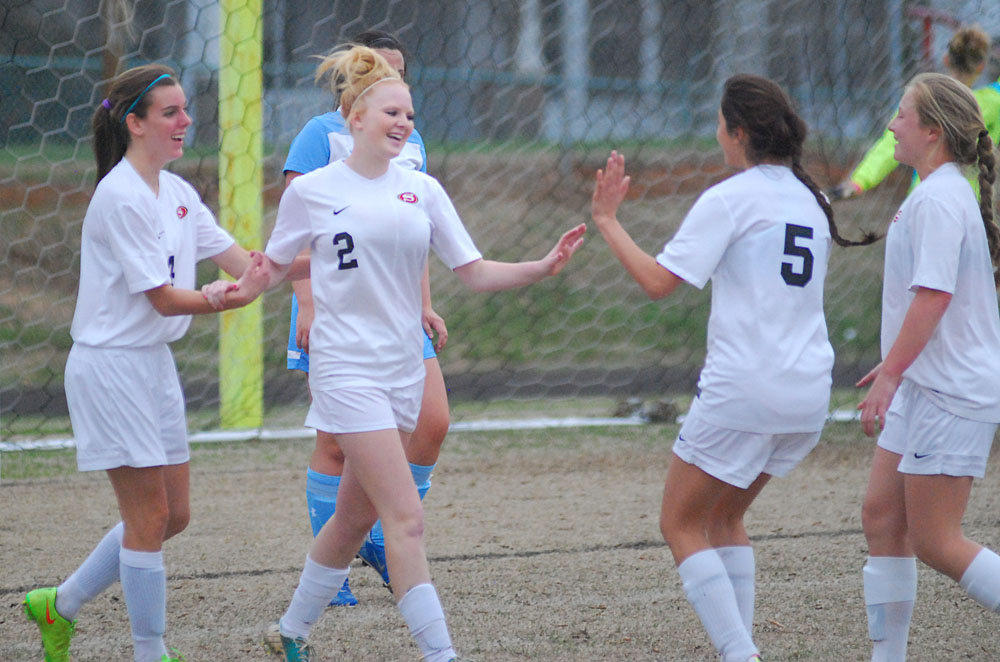 SALISBURY — The Hornets earned their third consecutive shutout this week with a 7-0 defeat of North Stanly at home Thursday.

The Hornets (6-1, 2-0 SPC) won their three games this week by a combined 17-0. They are the eighth-ranked 2A team in the state, according to Eurosport Scoreboard.

It look like the Hornets are on their way to a good year. Head coach Matt Parrish thinks a run at a Central Carolina Conference championship and the state playoffs are possible, but he isn’t making a guarantee.

“I wasn’t really sure how we were going to do because I came to a couple of games last year, and I could see how everyone played,” said Honeycutt, a freshman. “Since so many many seniors graduated [last year], I didn’t know how everything was going to go [this season]. But it’s really fun, and everyone’s really good, and we all work together really well.”

Salisbury lost five starters — nine of the 18 players overall — from the 2014 squad that won 70 percent of their games and advanced to the third round of the 2A state soccer playoffs. Twelve freshmen and sophomores are on the 2015 roster.

So Parrish did not throw his team into the fire right off the bat.

“But I knew that with West Davidson being the forerunner for our conference that we were going to kind of have to ease our way in to building blocks to getting better and better and better, and the only way to do that is to play light competition.”

The lone blemish for Salisbury is a 4-0 loss to Trinity on March 17. The defeat snapped a three-game winning streak, but it could be a good thing in the long run.

“We didn’t play that well, and it was just a tough loss,” Cardelle said. “So these last few wins for us have been so great. It’s really helped us come together.”

Parrish said the loss to Trinity taught his players humility and they can’t rely on one player to carry the team. The team learned it needs a group effort with a different player stepping up every game.

A 4-0 win Monday at East Davidson started the Hornets’ recovery process. Cardelle, who wears a boot to school to help plantar fasciitis said “everyone was amazing” and put all of their effort into beating East Davidson. That was followed with a 6-0 win Wednesday at home over Lexington and Thursday’s dominant effort against the Comets.

It was a week for learning and trying to build for success in April and, maybe, May.

“That does a lot toward building camaraderie and building cohesiveness and togetherness and those type things.”