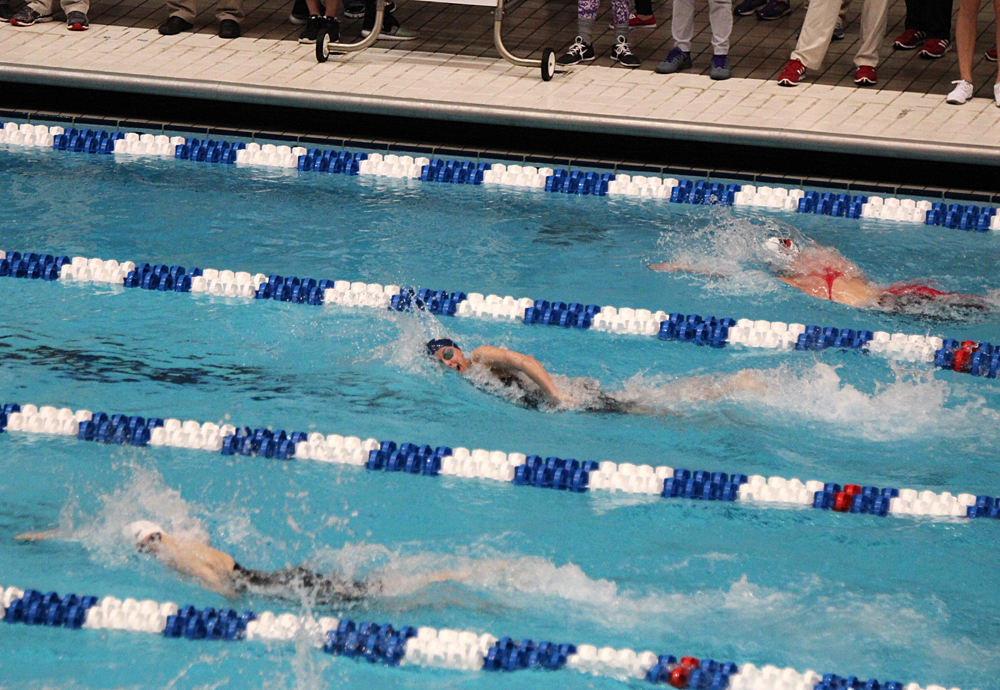 “When they told me they planned to win a national championship, it seemed kind of crazy,” Stevens said in a phone interview. “The program wasn’t even five years old, and they didn’t have divers. It’s hard to win the national swimming and diving championship without divers.”

Queens didn’t have a pool to call its own until 2013, but it unseated Drury as the nation’s best in the pool. The Missouri school had won six of the last eight women’s titles and 10 straight men’s championships.

Queens was close to being able to travel by air to Indianapolis, but Division II rules stipulate teams can fly if the distance is 600 miles or greater but must use ground transportation for trips under 600 miles. Charlotte is 575 miles from Indianapolis. That meant a long bus ride for the Royals, but they did their flying in the pool at the Indiana University Natatorium.

Stevens was a significant part of Queens’ winning effort as a freshman.

In the competition’s first event on March 11, Stevens finished 13th in the 1,000-yard freestyle.

But the next day, she placed fourth in the 200 freestyle in 1:49.04. That’s an event in which she won a 1A/2A state championship as a Salisbury junior, but she’s knocked close to 5 seconds off her best high school times.

Queens coach Jeff Dugdale was honored as the D-II Coach of the Year for both men’s and women’s swimming.

“We’re a close team,” Stevens said. “When you’re not swimming, you cheer for your teammates,”

On Friday the 13th, Stevens had her best day at the nationals. She placed second in the 200 butterfly in 1:59.56, 10 seconds below her prep times. That’s an amazing level of improvement for a college freshman.

Not long after her silver-medal swim, Stevens was part of history. She swam the third leg on the championship 800 freestyle relay team that broke the record for Division II. Stevens had a substantial lead when she entered the pool and widened it. The unit’s clocking was 7:14.69.

“We broke the record in our conference meet (Bluegrass Championships), and then we broke it again in the nationals,” Stevens said.

On the fourth and final day, Stevens competed in her fifth event. She finished 14th in the 1,650 freestyle, swimming 26 seconds better than her qualifying time.

“It was a long four days, but I’d competed in the YMCA Nationals in a similar format, and that helped prepare me,” Stevens said.

Stevens swims or does training related to swimming four hours per day, but she still managed a 4.0 GPA for her first college semester. She makes sacrifices, but being part of a championship program is worth it.

Counting men and women, Queens had 19 firsts at the nationals and broke 12 D-II records. Queens swimmers jumped into the pool as one last Saturday to celebrate their titles.

“Winning individual state championships in high school meant a lot,” Stevens said. “But being a national champion is a whole different feeling. Knowing you’re part of the best team in Division II is exciting.”