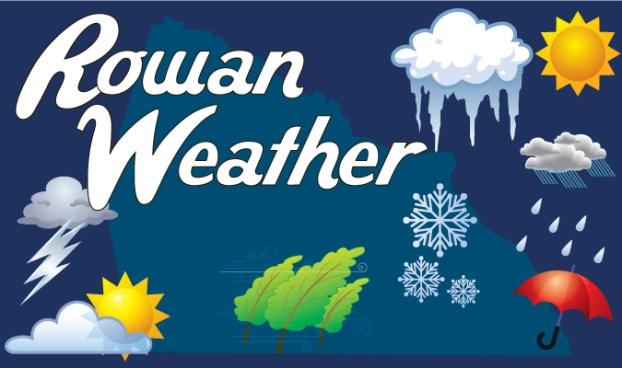 Rowan weather: A wet week ahead

In case you haven’t noticed, we’re under a dense fog advisory until 10 a.m., then we’ll have some clouds and might see some sun later in the day, with a high near 50.

Tuesday we’ll be back in the cold rain, with a 50 percent chance of precipitation and patchy fog before 7 a.m. The high will be only 36 degrees, with wind from the northeast shifting to the south southeast later in the day. Tuesday night also has a 50 percent chance of rain and a low the same as the high, 36.

Guess what’s coming Wednesday? A 50 percent chance of rain, mainly before noon, with a high near 68. Wind will blow from the south southwest around 10 mph. Wednesday night, the chance of rain goes up to 70 percent, with a low of 42.

And Thursday’s going to really blow your mind. Rain is likely, 70 percent, before 5 p.m., with a high of 45. Then we have a chance of snow showers. Thursday night, we can expect more snow, with a low around 23.

But Friday will be mostly sunny, with a high near 41 and a low around 25.

All, of this, of course, is subject to change. It illustrates perfectly why people say of North Carolina, “Don’t like the weather? Wait five minutes, it’ll change.”

Did you wake up to a car encased in ice? That was freezing fog that moved through, and there’s still... read more