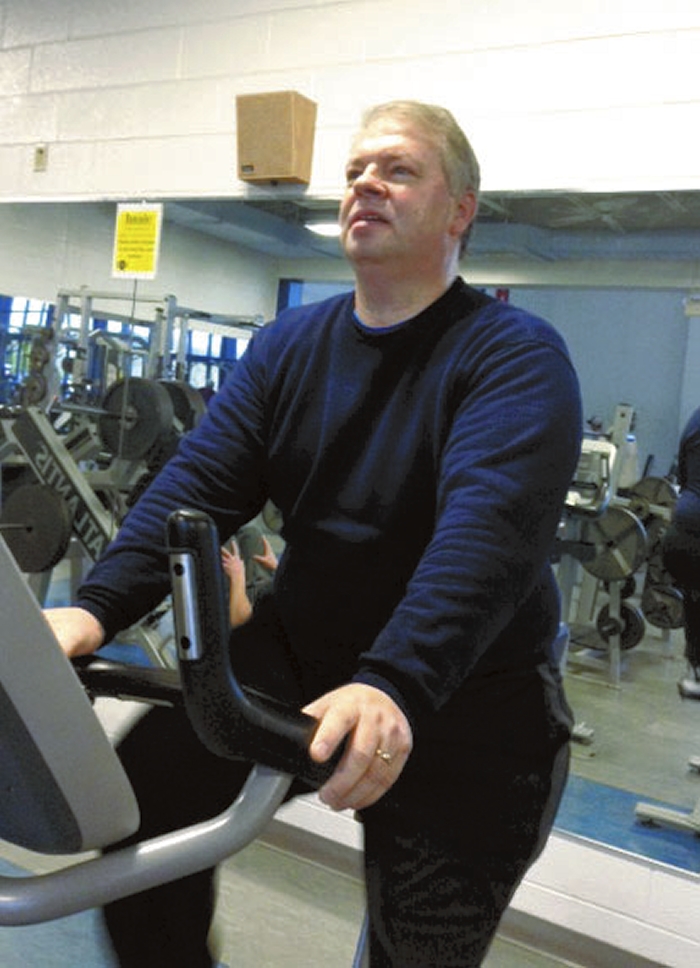 This is the seventh in a series of columns that will follow Brent Parks and Norma Honeycutt throughout 2015 following their resolution to establish better health.

I had hoped for at least a few higher intensity workouts this past week. But Brent got sick early in the week, and Norma was sick on Friday. And believe it or not, I had severe chills and a high fever in between. My point in telling this is that workout programs are sometimes going to be derailed for one or more reasons. What happens afterwards is the key to success for the long journey.

Brent had what he thought was his best workout last Sunday, and he went home feeling great. On Monday morning, he was nauseous and even had a touch of vertigo. Brent said, “Working out was not an option.” But as the week progressed, he started to get his energy back. One day, just because he wanted to exercise a little, Brent walked a mile on the treadmill. He said, “It took me 30 minutes, but I finished a mile.”

With an early 3-degree temperature on Friday, Brent said, “It was hard to get up and come in to the Y today. I could have easily been talked out of it, but I knew I was accountable to meet David here.” While rating himself at about 80 percent of normal, Brent rode 45 minutes on the stationary bike at a lesser resistance than he usually does. Some stretching finished the workout, and Brent is back on track. Sundays, Tuesdays and Thursdays are his higher intensity days.

Norma got sick early Friday morning. Until that point, she had done a circuit training workout and several moderate swimming and cardio workouts. Her Zumba class at the Civic Center was cancelled due to the weather. “I just can’t sit still. I feel like a good sweat is part of my day now. I haven’t missed a day without some kind of exercise in weeks,” she said.

With the winter weather hanging around all week, Norma’s options were limited, so she bought an exercise ball. “It comes with 20 exercises. I do pushups and also put the ball between my knees and do strengthening exercises,” she said. Norma usually sits on an exercise ball in her office as do Ester Marsh, fitness director at the Y, and Val Velte, wellness coordinator at Novant Health.

“My favorite TV show is ‘My 600 Pound Life.’ All of them have so many aches and pains,” Norma said. “I used to have lots of them as well. When I would get out of bed in the morning, I couldn’t straighten up for quite a while. I had significant lower back pain. Now, I don’t have any. I think the positive results come from building my core strength and lowering my weight.”

“I used to say I was 52 years old, and honestly now I feel like I am 52 years young. I have things I want to do that have weight restrictions. I can’t wait to go parasailing and to go horseback riding. There are lots more adventures in my future.”

And it’s not all about exercise. Norma and her husband Mark plan to do some painting in their home, and there is a significant amount of wallpaper that needs to be removed. Norma said, “I come home at night and there is still energy to work a couple hours on removing wallpaper. Nothing like that would have happened before.”

Somehow, it all came together that Brent and Norma chose me to manage their workouts. I know that a good personal trainer or coach can make a tremendous difference, but the work still has to get done. We completed seven weeks on Sunday, and Brent is now down 18.5 pounds. Norma is now down 12. We have five more weeks to go for the first segment of the year-long resolution challenge. I thought earlier that I would have to use all my motivational tricks to keep Brent and Norma rolling. That is not the case and I have yet to see them greet me with anything less than a smile early on workout mornings. They are excited and I am too. Frankly, I might be getting the best deal of anyone because I am learning more about two great people as they continue to break down walls that have been in place for most of their lives.

Last week, we planned another workout with YMCA personal trainer Tammy Swicegood and a trip to Artemesia Yoga Studio and Lewellen Daniel Padgett for another new experience. Weather permitting, both are now on tap for this week.

You may have noticed that Norma is the queen of the quotes so far, but Brent is slightly ahead in weight loss. It probably evens out. Norma said, “Make sure everyone knows that men find it easier to lose weight early on. We are in this for the long haul.”

One final thought for the week. Norma was home sick on Friday. She said, “In the past, that would have given me the excuse to eat all day. There have been six chocolate covered strawberries in the refrigerator since Valentine’s Day. Can you believe that those things are 100 calories each? If I can hold out just a little bit longer, they will soon rot and nobody will be eating them!”

See you next Monday!