Darrell Blackwelder: What do you know about Rowan’s agriculture? 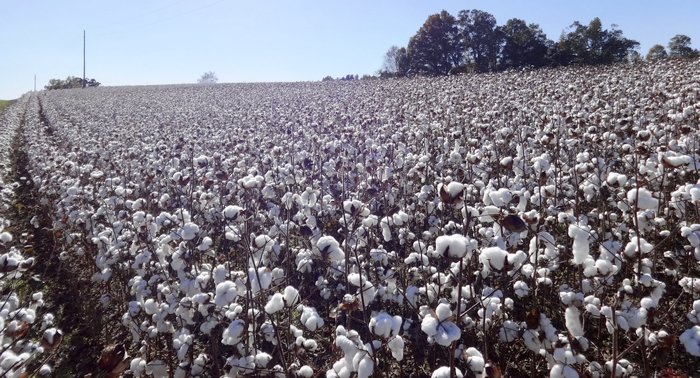 A couple of weeks ago I had the opportunity to speak to the Salisbury Civitans at their annual awards banquet.

I asked the question, “What is your Agriculture IQ,” and allowed computerized audience participation with facts and information about Rowan County agriculture. A few did fairly well with their responses but many were quite surprised at some of the information.  Here’s the test to see how well you do.

Question 1: How many farms are there in Rowan County?

Answer: Rowan County is considered an urban county. With 139,000 residents, there are 983 farms in Rowan County that encompass 35 percent of the land.  A Rowan County farm averages 118 acres.

The average age of our farmers is 56.7

Question 2: What is the income from agriculture in Rowan County?

Answer: Rowan County agriculture contributes more than $50.8 million to the Rowan County economy.  This figure doesn’t reflect incomes from the nursery or green industry, retail agriculture sales, etc. Rowan is 57th in North Carolina while Duplin County is number one with more than $100 million in agriculture income.

Question 3: How many women are involved in some type of farming or agriculture in Rowan County?

Answer: Women continue to have an active place in Rowan County agriculture. Statistics reveal that 119 women are primary farm operators in Rowan County. In the Rowan Salisbury School System, 50 percent of those enrolled in vocational agriculture are female.

Question 4: A dairy farmer in Cleveland had a Holstein cow with the world record for milk production. She produced:

Answer: Miss Lucy from Foster Farm in Cleveland, held the world record for milk production with more than 72,000 pounds of milk in 365 days or 24 gallons a day. The average dairy cow produces between 6 and 12 gallons of milk a day.  Rowan County currently ranks fifth in dairy production it the state with 1,800 dairy cattle. Next door, Iredell County is number one in the state with more than 12,000 dairy cows.

Rowan County has a rich history of agriculture, contributing much to the county’s economy. Many are seeing the impact of agriculture within the county and the potential for non-traditional agriculture. Cooperative Extension is now in its fourth year of providing training for those who are interested in becoming agricultural producers.

The 2015 Piedmont Farm School in Rowan County has 36 participants and a waiting list for next year’s class. There are three other farm schools taught throughout the state, all with waiting lists. Last year more than 45 percent of those attending are now actively pursuing farming/agriculture as their primary vocation.

Thomas Cobb; Many chances for youth to get involved…