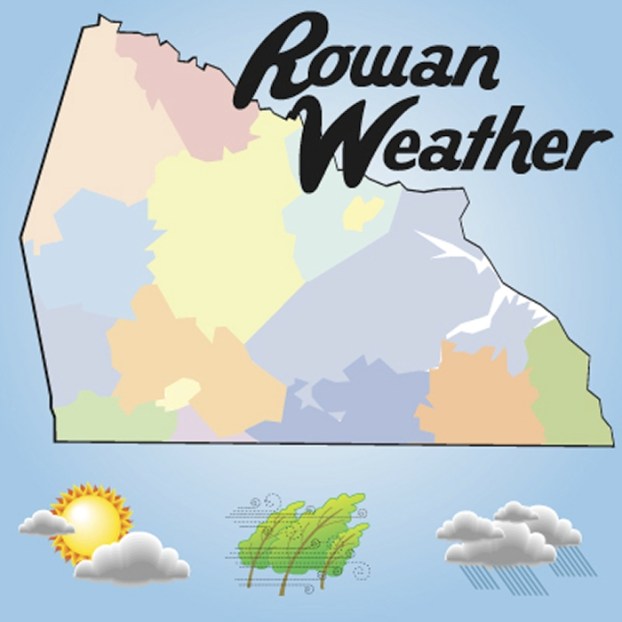 Here’s a Christmas surprise — someone DID say snow.

We have a slight chance of light snow developing tonight or tomorrow morning, but no accumulation is expected.

Today’s high of 52, under mostly sunny skies, will warm the ground. But a wind from the north this morning will blow cold. The rain won’t move in until the wee hours of Saturday morning, and then the chance is only 30 percent. The low tonight is predicted to be 35, but outlying areas will be colder.

For Saturday, the National Weather Service says rain and snow are likely before 11 a.m., then mostly rain. What was listed as a 90 percent chance of precipitation yesterday is now a 60 percent chance. The high will be 44. Saturday night will be mostly cloudy and around 32 degrees.

You’ll be saying “Rain, rain go away. Come again another day,” Sunday through Wednesday. We can only hope the predictions are wrong. It’s going to be a very soggy week of Christmas.

Sunday brings a 20 percent chance of rain, mainly in the afternoon, with mostly sunny skies and a high near 49. Rain is likely, 60 percent chance, Sunday night, again into the early hours of Monday. The low will be 36.

A 40 percent chance of rain for Tuesday, with a high near 53, then up to 60 percent for Tuesday night, with a low around 43.

But, the forecast says sunny for Christmas Day, with a high near 49. That’s one prediction we like.

Bridge on Faith Road to be replaced

On Monday, Jan. 3, 2015, NCDOT will close a section of Faith Road between Heilig Road and St. Pauls Church... read more