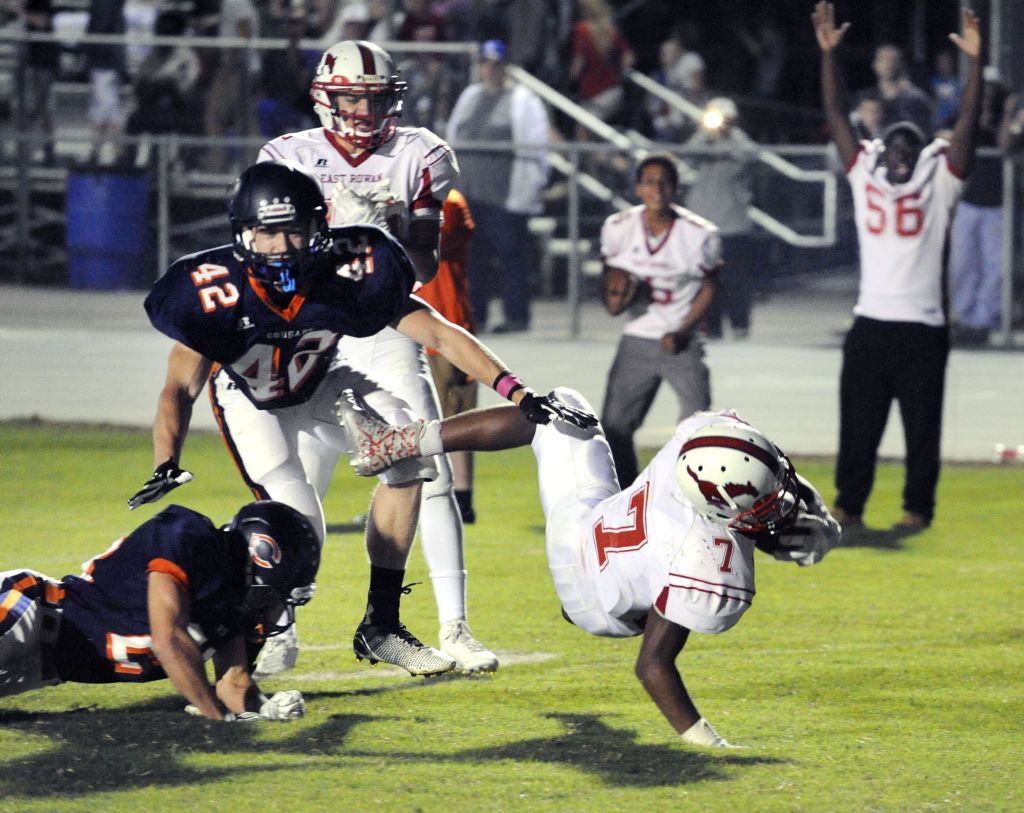 • Salisbury (1-4) is playing Thursday at home and hopes to be more competitive than it was in last season’s 44-0 loss at Southeast Guilford. Salisbury managed just 118 yards of offense in that one.
Salisbury will again play without receiver Will Steinman, who was outstanding in the Hornets’ first three games.
• Head coach Ryan Crowder had praise for DB/kick returner Donte Gaston and lineman Cameron McLendon.
• Linebacker J.C. Burton is by far the Hornets’ leading tackler with 67, including 34 solos. Six of those tackles have been for loss.

A.L. Brown’s team awards for the 33-12 win against North Mecklenburg to open Mecka play included dual winner Sandon McCoy, who earned both the Offensive Player of the Week and the Hitman of the Week accolades.
Running backs aren’t often Hitman winners, but the powerful McCoy trucked numerous Vikings and logged heavy minutes on Friday’s TV highlight shows. One of McCoy’s notable victims was former Wonder Gregory Joyner.
Christian Neal was the special teams award winner for a blocked punt, while safety Daveon Perry was named the top defensive player for a pick and a fumble-return TD.
Cameron Rodgers, a defensive end, was named the team’s Hawg of the Week.
• Pierre Mills, a 230-pound guard, graded out at an efficient 93 percent, an unheard of figure for offensive line coach Todd Hagler, a notoriously tough grader.
• Defensive line coach Travis Billings became seriously ill after Friday’s game and was taken to a hospital but is recovering.
• The Wonders lost a receivers coach when recent UNC Pembroke grad T.J. Johnson took a job in California.
• Among his other responsibilities, head coach Mike Newsome and his crew have started work on assembling next summer’s West squad for the East-West All-Star Game.
The War Eagles’ 58-31 loss to Reagan on Friday marked the most points given up by the War Eagles since a 64-0 loss to Salisbury in 1995.
Davie allowed 403 passing yards to Reagan QB Jake Easter, who has committed to Old Dominion.
• Davie QB Parker Correll rushed for 100 yards against Reagan and has topped 100 three times this season.
• Cade Carney is back, and he rushed for 123 yards.
Follow Mike London on Twitter at @mikelondonpost3.