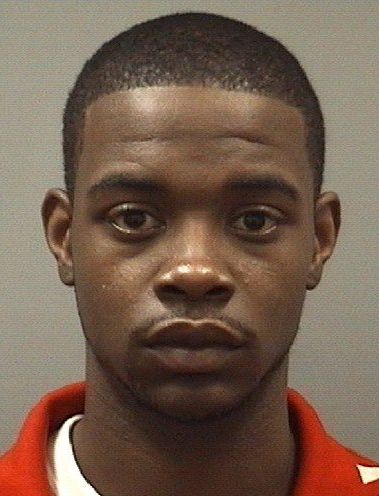 A man is being held in the Rowan County Detention Center charged with punching an X-ray technician at Novant Health Rowan Medical Center.
Demario OBryan Bost, 26, of the 400 block of East Henderson Street in East Spencer, is charged with felony assault to an emergency worker, misdemeanor second-degree trespassing and misdemeanor possession of marijuana.
He hit the X-ray technician with a closed fist and remained on Novant’s property after being told to leave by a public safety officer, according to a report. He also had half an ounce or less of marijuana.
Bost is being held on $5,000 bond.
A man is facing six charges ranging from drug possession to assault on a female and discharging a gun within city limits.
Telvin Maurice Morgan, 23, of the 100 block of East Henderson Street in East Spencer, was charged with assault on a female, possession of marijuana, discharging a firearm in a city, carrying a concealed gun, communicating threats and disorderly conduct. All charges are misdemeanors.
According to arrest warrants, Morgan hit a woman with an open hand and discharged a firearm within Salisbury city limits.
He yelled threats at a Salisbury police captain and wouldn’t take his hands out of his pockets and keep them out as two police officers were investigating.
He also had marijuana, as well as a concealed silver .22 caliber handgun, the report said.
Morgan yelled and cursed at nurses, doctors and officers in the parking lot of Novant Health Rowan Medical Center and caused $200 worth of damage to a police car, according to the report.
He is being held at the Rowan County jail on $15,000 secured bond.
A man refused to give his name to officers and was charged with felony possession of a firearm on school grounds.
The 18-year-old had a 25 caliber semiautomatic handgun at North Rowan High School, and refused to provide his name to a Spencer police officer.
He was issued a $50,000 bond.
In a separate incident, Tony Lee Dixon, 46, was charged with misdemeanor assault with a deadly weapon when he shot at the victim with a Mossberg 12-gauge pump action shotgun while he was fleeing from the property.
Dixon was issued a $1,500 bond.
A man and woman are charged with stealing $22,601 worth of items from a Concord home.
Catherine Linn Greely, 35, and Dean Paul Greely, 34, are charged with felony breaking and entering and felony larceny after breaking and entering a building in the 7600 block of Mount Olive Road in Concord.
According to arrest reports, the pair stole a Browning pistol, a Colt AR-15 assault rifle, a Walther pistol, wedding rings, earrings, miscellaneous jewelry, an HP laptop computer, a Milwaukee saw, a Craftsman saw and cash.
Catherine Linn Greely is being held on a $6,000 bond, and Dean Paul Greely is being held on a $7,000 bond.