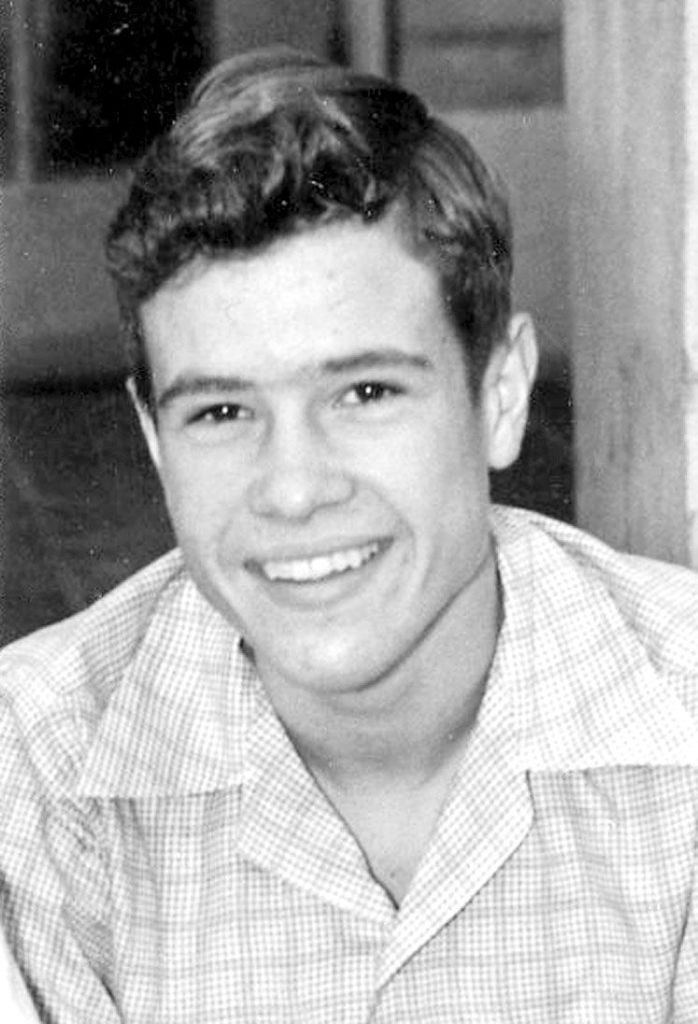 In 2006, Jason Rollins recorded his first win as South Rowan’s head coach against R.J. Reynolds at Deaton-Thompson Stadium in Winston-Salem. It’s unlikely any of the Raiders realized that the Thompson in Deaton-Thompson was a Rowan County guy.
Homer Maxwell Thompson was born on Dec. 29, 1928.
Growing up in Salisbury, he went to Boyden High. Even though he was 5-foot-6 and 125 pounds, he was an all-around athlete. He played tailback and wingback on the football team, guard for the basketball team, shortstop for the baseball team and ran the dashes for the track team. Scoop McCrary, The Salisbury Post sports guy in those days, usually referred to him as “Little Homer.”
World War II was fought during Thompson’s prep days. Boyden football coach Bill Ludwig left for the fight in the fall of 1942, telling his team simply, “I’ll miss you boys, but there’s a war on.”
Ludwig served in the U.S. Navy on a destroyer escorting troops and supplies across the Atlantic Ocean. He survived the German submarines and returned to Boyden for the final game of the 1945 season.
Boyden played with the big boys in those days — Gastonia, R.J. Reynolds, High Point, Burlington, Greensboro Grimsley and Charlotte Central — and went 0-9 in 1945.
But 1946 was a bit of turnaround year for the program. That was Thompson’s senior season.
He was president of the student body, but he was a backup when football season started. When star fullback Lope Linder left for military service and injuries mounted, Thompson became the starting tailback in the seventh game of a 4-6-1 season.
His big game came against Barium Springs at Sloan Field. In a 12-0 Boyden victory, Thompson broke a 50-yard run and he scored both touchdowns.
He grew to 132 pounds and returned punts and kickoffs for Catawba. He earned four letters in football and two more in baseball for Catawba.
Thompson entered the U.S. Army after college graduation and spent seven months of his two-year hitch serving with the airfield-building 808th battalion in the Korean War.
He married Helen Black — a Kannapolis girl who graduated from Catawba College, got his masters from North Carolina, and was ready to coach.
As he explained to the Post, he wanted to be like the men who coached him. That group included Ludwig, Derwood Huneycutt, Gordon Kirkland and Chub Richards.
“Bill Ludwig was the reason I went into coaching,” Thompson told the Post.
Thompson began his 38-year coaching and teaching career as the basketball coach at Oxford Orphanage in 1954. He was hired for his first head football job at Winston-Salem Gray in 1958.
The district built a new school on the south side of Winston-Salem in 1966 and called it Parkland. He was Parkland’s first head football coach and took on athletic director duties in 1972. He coached the Parkland Mustangs 27 seasons until he retired.
During his tenure at Parkland, Thompson. known as the “Silver Fox” for his full head of hair, accumulated honors. He coached North Carolina’s Shrine Bowl team in 1986. He was a head coach in the East-West All-Star Game twice (1968 and 1990) and coached in the old North-South All-Star Game in 1969.
He was conference coach of the year 14 times, won 15 league championships and was the state coach of the year in 1987. His 1985 squad, featuring UNC recruit Kennard Martin, went 11-2 and probably was his best team, but he had a lot more good years than lean ones. Thompson’s final football coaching record was a stellar 251-130-5.
Thompson’s 250th victory came against South Rowan when Parkland beat the Raiders 45-0 in a CPC game late in the 1991 season. He retired the summer after the 1991-92 school year when he was 63.
“There comes a point in everyone’s life when they know the time is right and that time has come for me,” he told the Post.
His legacy lives on. When a new stadium opened in Winston-Salem in 1994 that was to be shared by Parkland and R.J. Reynolds, it was named for Thompson and Bob Deaton, the principal at R.J. Reynolds from 1968-91.
Thompson was inducted into the Winston-Salem/Forsyth, NCHSAA and Catawba College halls of fame after his retirement. Those accolades came before his death in 1997 when he was 68.
Each spring, the NCHSAA hands out Homer Thompson Memorial sportsmanship awards. The winners last April included West Rowan basketball coach Mike Gurley.
“Homer Thompson’s name is affixed to this award because he certainly did make a difference in the lives of many and truly was an outstanding role model,” NCHSAA commissioner Davis Whitfield said.
Follow Mike London on Twitter at @mikelondonpost3.