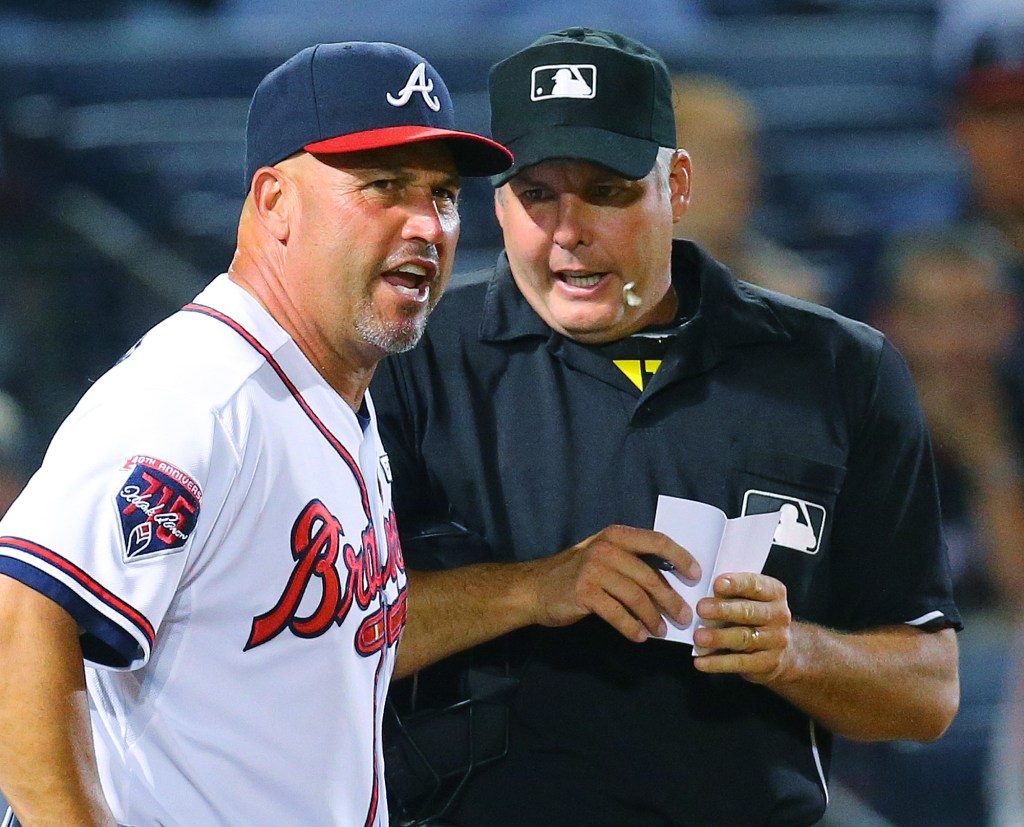 ATLANTA (AP) — The Washington Nationals are again champions of the NL East, wrapping up their second division title in three years against the team that knocked them out of the top spot last season.
Tanner Roark pitched five-hit ball over seven innings, Ian Desmond’s two-run homer broke a scoreless tie and the Nationals celebrated another trip to the playoffs with a 3-0 victory over the Atlanta Braves on Tuesday night.
The clinching victory was especially sweet coming against the Braves, who finished 10 games ahead of the Nationals in 2013. The roles were reserved this season as Washington steadily pulled away down the stretch.
“Nice to have it done,” said Washington first baseman Adam LaRoche, who began his career with the Braves. “The sooner, the better.”
Atlanta lost for the 11th time in 14 games, further damaging its hopes of making a third straight playoff appearance as a wild card. The Braves dropped to 75-76 with their fifth straight loss, the first time they have been under .500 since losing on opening day to Milwaukee. They fell 5 1/2 games behind Pittsburgh for the second NL wild card with only 11 games left in the regular season.
Roark (14-10) pitched around four leadoff singles by Atlanta, which never got a runner past second base. He struck out four and walked none, lifted after throwing 89 pitches. Tyler Clippard worked a scoreless eighth, and Drew Storen finished up for his seventh save.
The Nationals finally broke through in the sixth off Aaron Harang (11-11). After Jayson Werth led off with a walk, LaRoche took a called third strike before Harang worked the count to 2-2 on Desmond.
The next pitch was a breaking pitch that stayed up in the zone. Desmond got all of it, sending a drive deep into the left-field seats for his 23rd homer of the season. Left fielder Justin Upton barely moved, while Harang pumped his fist angrily on the mound.
“A curveball down the middle,” Desmond said. “It ended up going out of the ballpark.”
He scored Washington’s other run in the ninth, trotting home on David Carpenter’s wild pitch.
The Nationals will be making only the third playoff appearance in the franchise’s 46-year history. They reached the postseason only once as the Montreal Expos before moving to Washington for the 2005 season.
Two years ago, the Nationals had a major league-leading 98 wins but were stunningly beaten by the St. Louis Cardinals in the deciding game of the NL division series. Washington jumped ahead 6-0 after three innings and still led 7-5 going to the ninth, only to give up four runs with two outs.
“We have a chance for redemption,” LaRoche said.