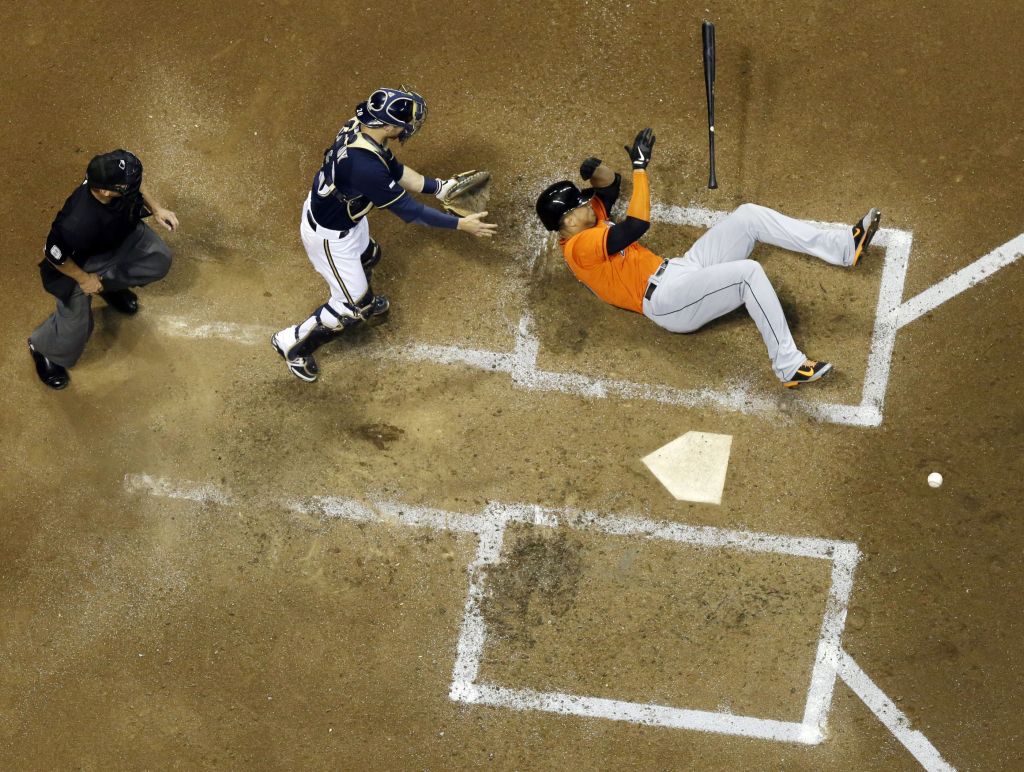 MILWAUKEE (AP) — Miami Marlins slugger Giancarlo Stanton was hit under the left eye by a fastball and bleeding from the face as he was taken off the field in an ambulance Thursday night.

The Marlins said the major league RBI leader was being treated at a hospital for a facial cut. He was also undergoing X-rays and a CT scan.

Stanton was struck by an 88 mph pitch from Mike Fiers of the Milwaukee Brewers in the fifth inning. Stanton immediately fell to the ground and trainers from both teams came to his assistance. He was placed on a backboard and then a stretcher.

Stanton’s father was at the game and came on the field while his son was treated, and left with him in the ambulance.

It was ruled that Stanton swung at the pitch. Reed Johnson pinch-hit for Stanton and was hit in the hand by Fiers’ next pitch. Casey McGehee was in the on-deck circle and starting yelling at Fiers, and both benches and bullpens emptied.

There was some pushing and shoving, but it did not appear any punches were thrown. When order was restored, the umpires ejected McGehee and Marlins manager Mike Redmond.

The beaning quickly drew attention around the majors. After Washington beat the Mets 6-2 in New York, seven Nationals players gathered in the clubhouse to watch video of the play on a cellphone.