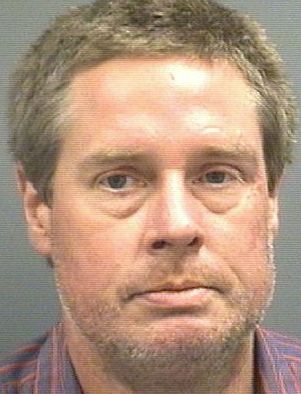 Rowan authorities charged a Rowan County man with driving while impaired following a two-vehicle crash on Old Beatty Ford Road and his allegedly punching an officer who tried to arrest him.
The Rowan County Sheriff’s Office charged Dustan Wilfong Doster, 44, with driving while impaired, civil revocation of driving license and assault on a government official. The revocation is for an automatic 30 days.
He has a history of driving impaired convictions and driving while his license is revoked.
A report said deputy Lunda Eller responded to Phaniels Church and Old Beatty Ford roads because of the crash and a possible intoxicated driver who was trying to leave on foot.
An off-duty deputy stopped to assist the victims of the wreck. The report said Doster tried to leave the scene and a Duke Energy employee helped escort Doster back to his van until the Highway Patrol arrived.
Deputy Eller asked Doster for identification and he gave her a North Carolina ID card. He was becoming agitated so Eller asked him to step over to his vehicle.
He turned and elbowed Eller, hitting her above the right eye. The off-duty deputy assisted Eller in placing Doster in handcuffs and Doster swung at the deputy also, the report said.
Doster did not make contact with the off-duty officer but was placed on the ground and arrested.
He has a pending case in Rowan County for charges of reckless driving to endanger and driving while license revoked while impaired. Doster also has a pending case in Mecklenburg County for shoplifting,
The report said Eller did not require medical attention.
In May 2009, he was convicted in Cabarrus County of driving while impaired level 4, obtaining controlled substances by fraud, and aiding and abetting injury to personal property.
In September 2009, Doster was convicted in Cabarrus County of driving while impaired level 1.
In 2004, he was convicted in Cabarrus County of driving while license revoked and refusing or providing false information to law enforcement. He was convicted in Catawba County in 1998 with driving while impaired, level 2.
Doster was convicted in 1991 in Catawba County with driving while license revoked, speeding, resisting arrest and possession of drug paraphernalia.
Doster has since been released from the Rowan County Detention Center under a $1,000 secured bond.
Contact reporter Shavonne Potts at 704-797-4253.