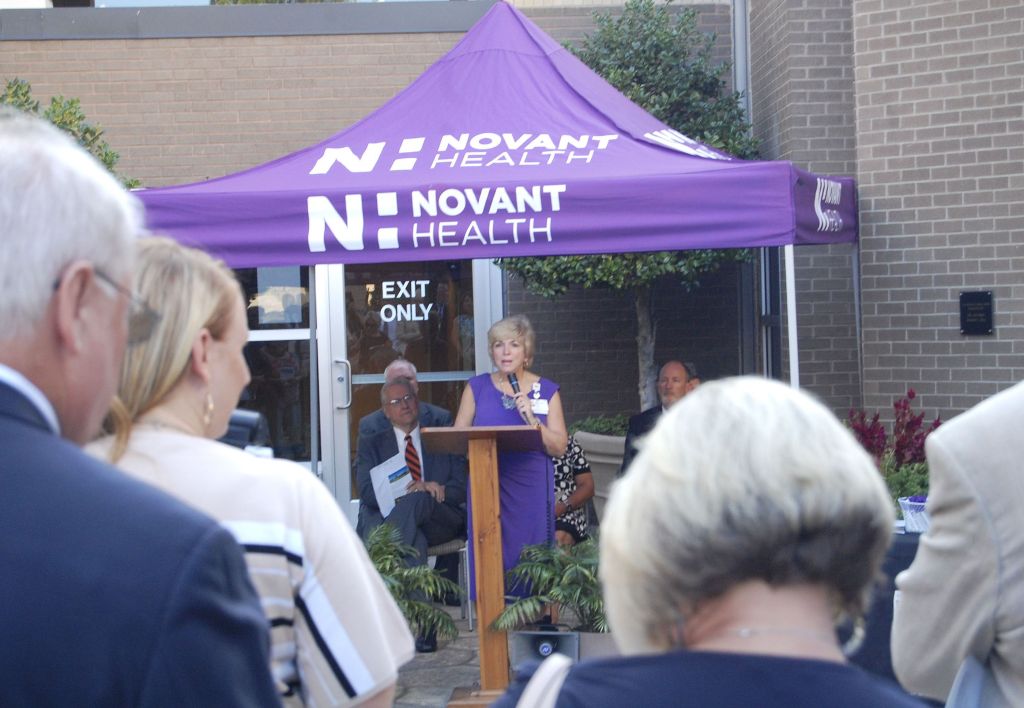 Nearly two dozen Campbell University students will call Salisbury home next year.
Novant Health Rowan Medical Center and Campbell University on Wednesday announced a partnership that would allow the school’s third-year medical students to do clinical rotations at the hospital. The rotation program is scheduled to begin in June 2015 with 22 third-year students. In the following year, the hospital will double its number of Campbell students, at 44 total.
“Most physicians really embrace lifelong learning. It’s part of who and what they are,” said Dari Caldwell, president of Rowan Medical Center. “We have had affiliation agreements in the past for an occasional rotation. Something of this magnitude really involves our entire medical staff and entire community.”
Students all around the country participate in clinical rotations as a regular part of a medical degree. Rowan’s rotation program will focus on primary care, family medicine, general surgery, OB/GYN, pediatrics, psychiatry and other services, with an emphasis on needs of under-served and rural communities, according to a news release.
Campbell’s medical school dean, John Kauffman, said Salisbury was selected because of its location.
“A majority of our current (rotation) sites are within about a one-and-a-half-hour driving radius of the school,” Kauffman said. “This gets us over closer to the Charlotte area and the western part of the state. We thought it was important to have a presence there.”
But the reason for choosing Salisbury isn’t simply logistics, said Campbell University President Jerry Wallace. It’s partially about giving students practical experience in a real-life environment.
Campbell University’s medical school only started welcoming students last year, with 160 total, and opened in August 2013. It added an additional 160 this year.
When considering the future of Campbell’s medical program, Kauffman said one interesting quandary was whether to build a hospital in rural Harnett County or send students to various hospitals around the state for rotations. In total, Campbell secured 340 clinical rotation spots at various hospitals around the state.
Ultimately, the school decided to ship its students to various locations around the state.
Kauffman said sending students to local hospitals bucks the traditional medical trend of building a hospital, giving Campbell students practical knowledge.
Other hospitals that will house Campbell’s medical students include Cape Fear Valley in Fayetteville, WakeMed in Raleigh, and Southeastern Regional Medical Center in Lumberton.
During Wednesday’s announcement, held in front of Rowan Medical Center, Kauffman and Wallace also cited statistics that 20 of North Carolina’s counties are without a general physician.
By putting students in a number of different local hospitals, rather than a medical facility adjacent to the school, Kauffman said he hopes students will return to practice medicine in areas such as Salisbury.
Caldwell said 75 of Rowan Medical Center’s physicians signed up to be faculty with Campbell. She said the switch doesn’t involve any transfers of money between the school or hospital and stressed the educational development potential.
“It’s more than money changing hands; it’s about the educational opportunities, including our physicians,” Caldwell said.
She said Rowan Medical Center is considered a large hospital, with capability for 268 beds. It’s considered the third largest in the Novant Health System, she said. Novant operates 15 hospitals across multiple states.