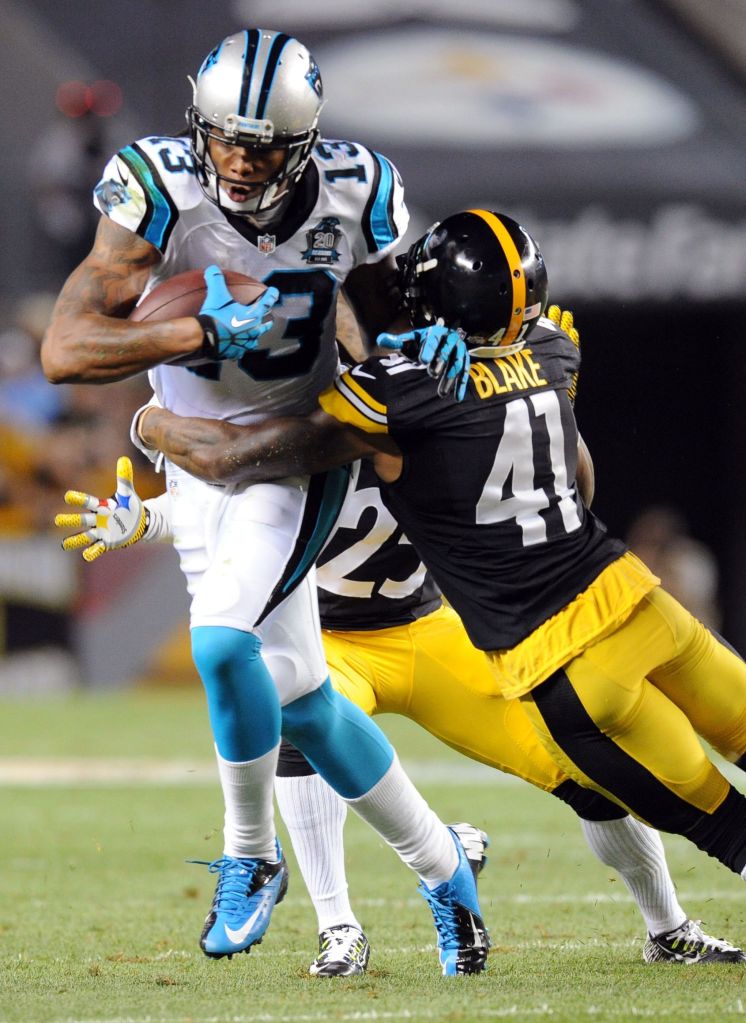 Both teams sat their star players with just 10 days to go before the regular season begins.

Carolina backup quarterback Derek Anderson led the Panthers to a field goal drive to start the game. Anderson arrived in Pittsburgh overnight after he and his wife welcomed their first child. Whittaker rushed for 91 yards in a game even more vanilla than usual. The teams meet again in Carolina on Sept. 24.

Steelers third-string quarterback Landry Jones started, but did little to assure himself of a roster spot when the rosters are trimmed to 53 players.

Pittsburgh quarterback Ben Roethlisberger spent the night on the sideline with a towel around his shoulders. Carolina’s Cam Newton and his dinged-up ribs did likewise. Newton said earlier in the week there’s "no doubt" he’ll be ready when the Panthers head to Tampa Bay on Sept. 7.

Pittsburgh’s first-string defense can’t exactly say the same. Coach Mike Tomlin sent all the healthy names atop the depth chart onto the field to start the game, including defensive end Brett Keisel, who re-signed with Pittsburgh last week. Tomlin wanted to see if Keisel could "swim in the deep end of the pool."

While Keisel looked spry for a player who turns 36 in a few weeks, the first unit allowed points for the fourth consecutive week.

Carolina backup Derek Anderson — just hours removed from the birth of his first child with wife Mallory — led a 14-play, 62-yard drive to open the game. The methodical march included a fourth-and-1 conversion in Pittsburgh territory, perhaps early proof coach Ron Rivera plans to keep the swashbuckling approach that helped turn the Panthers around in 2013 and earned him NFL Coach of the Year honors.

Anderson had some help in the only consequential drive by either side with players who will see regular playing time starting Sept. 7. Carolina rookie wide receiver Kelvin Benjamin hauled in a 19-yard pass to get the Panthers going. Benjamin finished with four catches for 56 yards and had little trouble getting open against Pittsburgh’s aggressive secondary.

The drive was the highlight of Anderson’s night. He completed 8 of 14 passes for 98 yards and left late in the second quarter when he injured his hand trying to corral a snap that sailed over his head. Pittsburgh linebacker Jarvis Jones recovered, one of the few highlights for the Steelers on a night that did little to provide the momentum boost Tomlin was looking for heading into the season.

Steelers running backs Le’Veon Bell and LeGarrette Blount — a week removed from being cited on marijuana possession — started the game on the bench but played sparingly in the first half. The team plans to discipline both players, but Tomlin stressed he would not reveal the punishment.

Either way, Bell and Blount will be heavily involved this fall. The circumstances required for Landry Jones to see playing time the rest of 2014 are probably too farfetched to even ponder, but the former Oklahoma star didn’t exactly produce a compelling argument for the Steelers to keep three quarterbacks on the active roster behind Roethlisberger and backup Bruce Gradkowski.

Jones was nearly sacked for a safety on his second series of work and did little more than dump the ball off when given time to throw. He completed 14 of 18 passes for 97 yards and never managed to get the Steelers within field-goal range before giving way to rookie Brendon Kay.