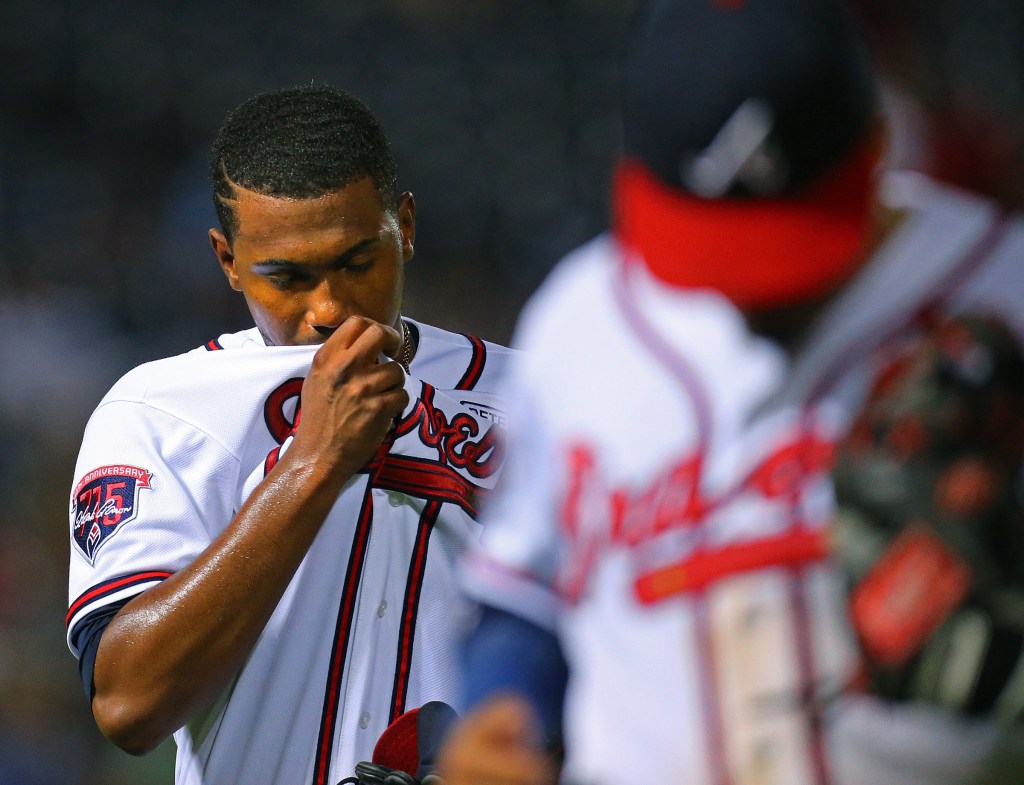 ATLANTA (AP) — Kevin Correia has been living a dream since he was traded to the Los Angeles Dodgers by the Minnesota Twins over the weekend.

The Southern California native grew up cheering for the Dodgers, and after 344 major league games, Correia finally got to pitch for his favorite childhood team.

“I haven’t had that feeling I don’t think since being called up,” he said. “I come in and I have a locker next to the best pitcher on the planet (Clayton Kershaw). I couldn’t be happier with the spot that I’m in right now.”

Los Angeles has won four of six to increase its NL West lead to five games over San Francisco. The Braves have dropped 10 of 12 and are four games behind NL East-leading Washington.

Correia was tied for the major league lead in losses with a 5-13 record when he was traded on Saturday for a player to be named or cash. He excelled for Los Angeles, giving up one run and four hits in six innings, striking out five and walking one.

Correia did well at the plate, too. He began the day with a career .115 batting average, but went 2 for 2 and scored a run.

“Like I’ve always said about hitting, luck is better than skill most of the time,” he said. “I kind of proved that today.”

Carl Crawford got three hits and drove in two runs for Los Angeles.

The Dodgers scored three times in the eighth for a 6-1 lead. After Matt Kemp’s double moved Yasiel Puig to third and chased Teheran, Crawford hit an RBI single off James Russell.

Reliever Juan Jaime then walked Justin Turner to load the bases. The next batter, A.J. Ellis, reached when shortstop Ramiro Pena threw errantly to first on a double-play attempt, and two runs scored.

Jaime and catcher Evan Gattis combined for two wild pitches and one passed ball in the eighth. Jaime, who threw 32 pitches and got two outs, also issued a second walk.

It was one of the ugliest innings that Atlanta manager Fredi Gonzalez has watched his team play this season.

“We don’t throw the ball over for strikes and we had some miscommunication on some signs there with Jaime,” Gonzalez said. “It’s one of those things that the game got away from us.”

The Braves went ahead 1-0 in the fourth on Justin Upton’s RBI single.

Los Angeles scored three runs in the sixth to take a 3-1 lead.

Correia, Dee Gordon and Puig singled to load the bases, and Adrian Gonzalez and Crawford followed with RBI singles. Turner’s groundout drove in a run on a ball that could’ve been a double play, but was bobbled by second baseman Emilio Bonifacio.

Brian Wilson faced the minimum in the seventh, and Jamey Wright struck out the side in the eighth for Los Angeles. Carlos Frias gave up Gattis’ RBI single in the ninth.

Dodgers: With SS Hanley Ramirez on the disabled list because of a right oblique strain, his roster replacement — Darwin Barney — grounded out as a pinch-hitter in the seventh.

Braves: 2B Tommy La Stella hurt his right hamstring in the second inning and left the game, but said afterward that he will be ready to play on Tuesday. Pena took his place in the lineup, moving to shortstop while Bonifacio moved to second. … SS Andrelton Simmons, sidelined by a sprained left ankle, jogged before the game and took infield and batting practice. Gonzalez said he might return in the next day or two.

Dodgers: RHP Dan Haren, who starts Tuesday night vs. the Braves, was 0-5 with a 10.03 ERA in five starts before winning at the Angels 2-1 last Wednesday. In four career starts and one relief appearance at Turner Field, He is 3-1 with one save and a 5.04 ERA.