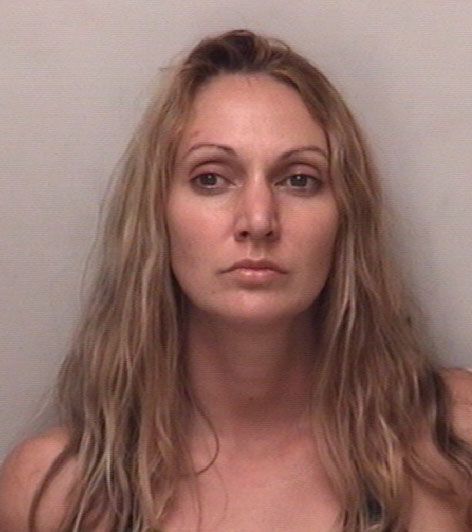 A Rowan County woman with a history of child abuse and impaired driving charges is again accused of endangering her children. Police were called to the woman’s home for a larceny, but were concerned by her incoherent behavior.
April Olivia Lomax, 32, of the 1900 block of Welch Road, was charged with one count of misdemeanor child abuse.
Officers went to the home Monday around 11:18 p.m. to determine what was taken. A report said Lomax was “very intoxicated.” She then told officers her children needed to calm down and needed a time out.
She never mentioned the larceny, nor did she answer officers’ questions about the larceny, the report said.
Officers spoke to her husband by phone, but the call dropped. The husband arrived at the home a short time later.
A report said there was an older disabled woman, believed to be Lomax’s mother-in-law, in the home but she was not able to help with the children.
Lomax was issued a $10,000 secured bond and has since been released from the county jail. She is expected in court in September.
This is not the first time Lomax was intoxicated in the presence of her children.
In March 2011, police charged Lomax after she wrecked her car with her children inside. Police said during that incident Lomax was intoxicated.
She was convicted in September 2012 of six counts of driving while license revoked, in incidents that spanned March 2010 to March 2011. She was also convicted in September 2012 of three driving while impaired offenses that stemmed from charges in July 2010, December 2010 and March 2011.
Lomax was convicted in February 2012 of a December 2010 driving while impaired offense. Also in February 2012, the courts convicted Lomax of misdemeanor child abuse, driving while license revoked, driving while impaired, driving on the wrong side of the road, and fictitious information to law enforcement officer, for incidents from July 2010 to March 2011.
Contact reporter Shavonne Potts at 704-797-4253.