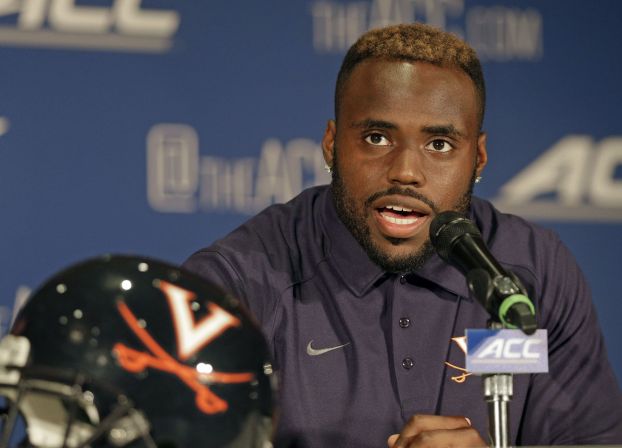 The realigned league has the defending national champion, a Heisman Trophy winner and a national coach of the year.

The ACC stumbled through much of the BCS era, but enters the first year of the four-team college football playoff with a secure future among the power-five conferences and boasts a favorite to contend for another title in Florida State.

“I think we’ve got as good a shot as anybody to be in the top four the first year,” commissioner John Swofford said Sunday, the first of the league’s two-day preseason kickoff event.

“We will have teams in the mix to be in the four-team playoff every year, and any time we don’t have one, we’ll be disappointed.”

At least on paper, that sure looks like the Seminoles.

The defending BCS champions are trying to keep themselves at a high level. The rest of the league is hoping to piggyback off Florida State’s success, hopeful that the Seminoles’ rising tide will lift the league’s other 13 boats.

“Anybody can shock this ACC … and that’s what impresses me,” North Carolina quarterback Marquise Williams said. “Everybody’s going to come to compete this year — everybody feels like they have a lot of energy and a lot of confidence since Florida State won the national championship. That builds a lot of conference teams’ hype and getting more swag.”

The ACC won a total of two BCS games from 1998-2011 before combining to win three in the past two years.

Two of them belong to the Seminoles, who captured the final BCS championship back in January when Heisman Trophy winner Jameis Winston led a touchdown drive in the final seconds to beat Auburn.

Boston College defensive back Dominique Williams called it “a good look for the ACC” and Winston began his hour-long sit-down session with reporters by asking them to clap.

“How does it feel to have an ACC team come in here with a national championship?” Winston asked. “Can we get us, the ACC, a round of applause? Finally. We took it away from the SEC, man. It’s a blessing.”

That wasn’t all. Duke’s David Cutcliffe earned a handful of national coach of the year awards after guiding the Blue Devils to a school-record 10 wins and a most unlikely Coastal Division title.

But that’s in the past. Now it’s almost time to find out who can get it done this year.

Will it be league newcomer Louisville, the 2013 national champion in men’s basketball and replacement for Maryland that has won 23 football games in its final two years in the old Big East and American Athletic conferences?

“You do good in one sport, the next sport, it’s like, ‘OK, since our school does this in one sport, we’re going to go ahead and show that we can do it too,” Cardinals defensive end Lorenzo Mauldin said. “Basketball does good, that means football season is right around the corner. Football season has a follow-up with basketball. … It’s just an ongoing change but we all want to be great at the University of Louisville.”

Will it be Miami and Duke Johnson, who’s coming back from a broken ankle yet still looks like the league’s top offensive player not named Winston? Johnson rushed for 920 yards and six touchdowns before breaking his ankle in the Florida State loss.

“In my heart, I feel like we have the potential to be” the Coastal’s best team, Johnson said. “But having potential and going out and doing it are two different things.”

Will it be North Carolina, a perennial sleeping giant which returns 17 starters and is settling into third-year coach Larry Fedora’s up-tempo offense?

Or will it be a surprise — just like Duke last year?

“It’s all wide open,” Williams said of the league’s Coastal Division — the one without Florida State.

If nothing else, the Seminoles have given the rest of the league something to shoot for — and, for the ones that have them on the conference’s eight-game schedule, a chance at a season-making victory.

“You may say this is being too optimistic, but if and when we beat them this year, that’s really going to have a lot of positive attention on us,” Wake Forest fullback Jordan Garside said.