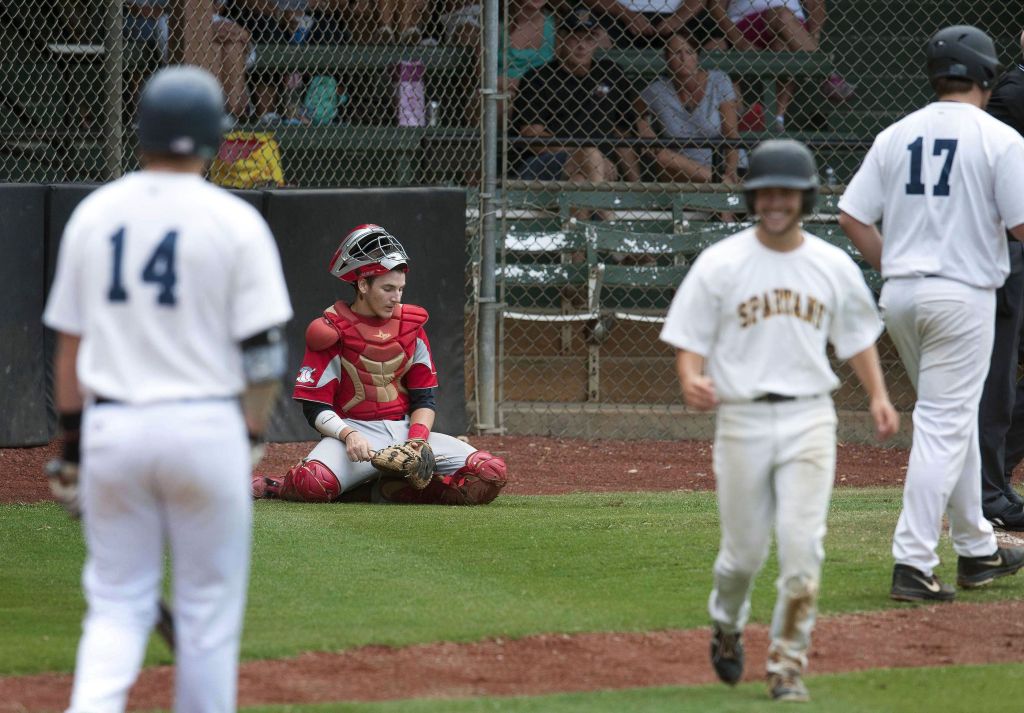 MOCKSVILLE — The postseason math is done — and a Rowan County trip to the Area III final isn’t part of the equation.
RC used its final lifeline Tuesday night at Rich Park, where host Winston-Salem gained an 8-0 victory and won the best-of-5 series in four games.
“The effort was there but we just didn’t do it,” coach Jim Gantt said after Rowan (24-9) rolled its second gutterball of the third-round series. “You can get a truck driver to put forth effort, but you’ve got to be able to accomplish some things and play well.”
RC did neither against Post 55 (16-11), which will meet High Point in the championship series beginning Friday.
“It was a really fun season and you hate to see it come to an end,” outfielder Heath Mitchem said after Rowan committed five errors and was limited to seven hits. “But that’s the way it is. You’ve got to enjoy the now.”
There was little to enjoy last night. RC spent the better part of two hours listening to the Gospel according to Jon Cagle, the slim righthander who tossed Winston-Salem’s fourth complete game of the series. Blending an upper-crust fastball with a curve that dropped like an elevator with broken cables, Cagle baffled Rowan into submission.
“We saw a good pitcher in Game 2 (Jacob Craver) and we saw another good one tonight,” said Rowan’s Chance Bowden. “He got a lot of first-pitch strikes, he threw hard and he had that 12-to-6 curveball. The thing is in the playoffs you’ve got to be ready for any pitcher.”
Cagle, who heads for Surry County Community College in the fall, struck out eight, walked one and threw first-pitch strikes to 22 of 36 batters. Only two Rowan baserunners reached third base — Dustin Ritchie in the top of the sixth and Bowden in the eighth. Each collected one-out doubles, the only extra-base hits allowed by Cagle.
“Jon Cagle was just unreal tonight,” said winning coach Mike Lovelace. “He had great command of his fastball. He was able to beat guys’ bats even when they knew it was coming.”
Gantt likened Cagle to a mythological pitcher from years past. “Back in the 80’s Sports Illustrated did an April Fool’s issue and had a guy name Sidd Finch on the cover,” he said. “He had combat boots on and was real skinny. Didn’t look like a pitcher at all. That’s what (Cagle) looked like, but man, he had a great arm and a great overhand curve.”
W-S jumped on Rowan starter Hunter Shepherd for six runs — three unearned — before the third inning was finished. A blow was delivered by first-baseman Caleb Cox, who grounded a two-run double down the left-field line that made it 5-0.
Rowan’s Cory Fries was ineffective in relief, yielding a run on two hits in 1 1/3 innings. Sidearmer Alec Hamilton was RC’s best pitcher, allowing just an unearned run and three hits over the final 4 1/3 innings.
“We made some mistakes,” Mitchem said. “I guess we picked the wrong time to play some bad games. Regardless of the defense, you can’t win if you don’t score any runs.”
•

NOTES: Mitchem and Bowden each went 2-for-4. Winston-Salem’s Ty Adrus was 3-for-5 and totaled 10 hits in the last three games. … A coin flip will determine which top-seeded team gets to host the Area III championship series. W-S would like to continue to play its home games at Rich Park. Its next opponent, High Point, would have to agree.