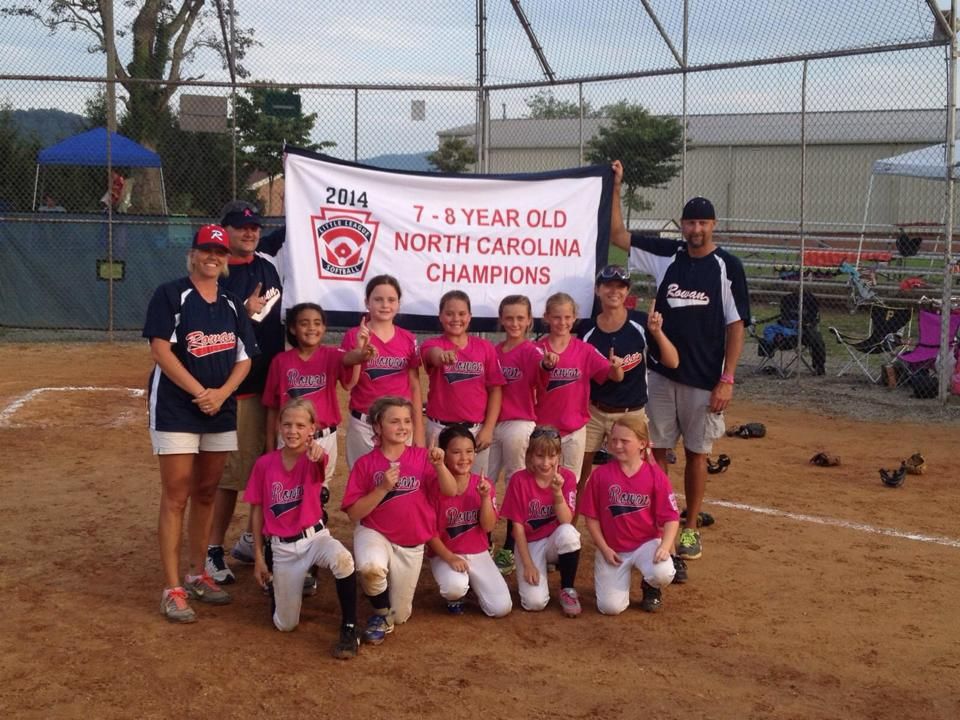 Rowan County Little League won a state title on Sunday as the 8U girls softball team won the championship in Brevard.
Rowan rolled 19-5 against Canton, 13-3 against Rutherfordton, and 8-1 over Transylvania to win the title.
Rowan 10s
The Rowan County Little League 10U softball is playing for the state championship in Franklin and has reached the title game with a 4-3 victory against Cape Fear. Rowan will play Swain County or Dare County on Tuesday.
The Chicago White Sox recalled former Kannapolis Intimidators infielder Carlos Sanchez to the major league roster prior to Sunday’s game at Cleveland, making Sanchez the 78th player to go from Kannapolis to the big leagues since 1995 and the 54th since the Intimidators became a White Sox affiliate in 2001.
The Kannapolis Intimidators lost 8-2 to visiting Asheville on Sunday as Jose Briceno hit two homers.
Kannapolis (43-49, 14-11 second half) fell in 15 innings to Asheville Saturday.
• Corey Seager (NW Cabarrus)hit.385 in his last 10 games for Rancho Cucamonga and is batting .352 for the season with 34 doubles, 18 homers and 70 RBIs.
Seager played in the Futures Game on Sunday, as the USA won 3-2 against the World team. Seager batted third for the USA team. He lined out and was hit by a pitch in his two at-bats.
Seager stayed in Minnesota after the game and will watch his older brother, Seattle third baseman Kyle, play for the American League in Tuesday’s All-Star Game.
Seager is being promoted to Double-A by the Dodgers and reports to his new team in Chattanooga Thursday.
• Justin Seager (NW Cabarrus), the middle Seager brother, hit his second homer of the season for Clinton on Saturday. Seager is batting .245 with 22 RBIs.
• Omaha’s Whit Merrifield (Davie) has a 13-game hitting streak.
• Nick Lomascolo (Catawba) had another outstanding relief outing on Saturday. He allowed no hits and no walks in 2 1/3 innings and struck out two. Lomascolo, 23, is 1-0 with a 2.76 ERA for the State College Spikes.
Greg Tonnesen (Carson, Campbell) went 1-for-2 ands cored a run on Saturday for the Coral Springs Canes of the South Florida Collegiate Baseball League.
In a Texas Scramble event at Cresecent, Jared Barnette-Justin Lefler won first low gross with a 58. Russ Priddy-Gus Kern shot 65. Andy Winders-Tommy Bright and Grey Medinger-Landon Knoppenberger shot 70s.
In the net competition, Jerry Franks-Harold Morris and Mike Blume-Jason Virden shot 60s. Joey Williams-Scott Dickson shot 63, as did Jerimy Chavis-Chris Alley.
• Mark Oakley made a hole-in-one at Cresecent on Saturday. He aced the 120-yard No. 5 hole with a gap wedge. Steve Anthony witnessed the shot.
• Brian Hatley made a hole-in-one at Cresecent on the 165-yard No. 15 hole with a 6-iron. Witnesses were Tim Hawley, Royce Barnhardt and “B.T.”
• The McCanless Couples played a Captain’s Choice tournament. The first-place team was Ty and Beverly Cobb and Gene and Mary Seaford. The second-place team was Susan Houston,David Hunycutt, Don Goodinght and Jacob Durham.
Ty Cobb won longest putt and closest to the pin.
Closest pin & Longest putt ty Cobb