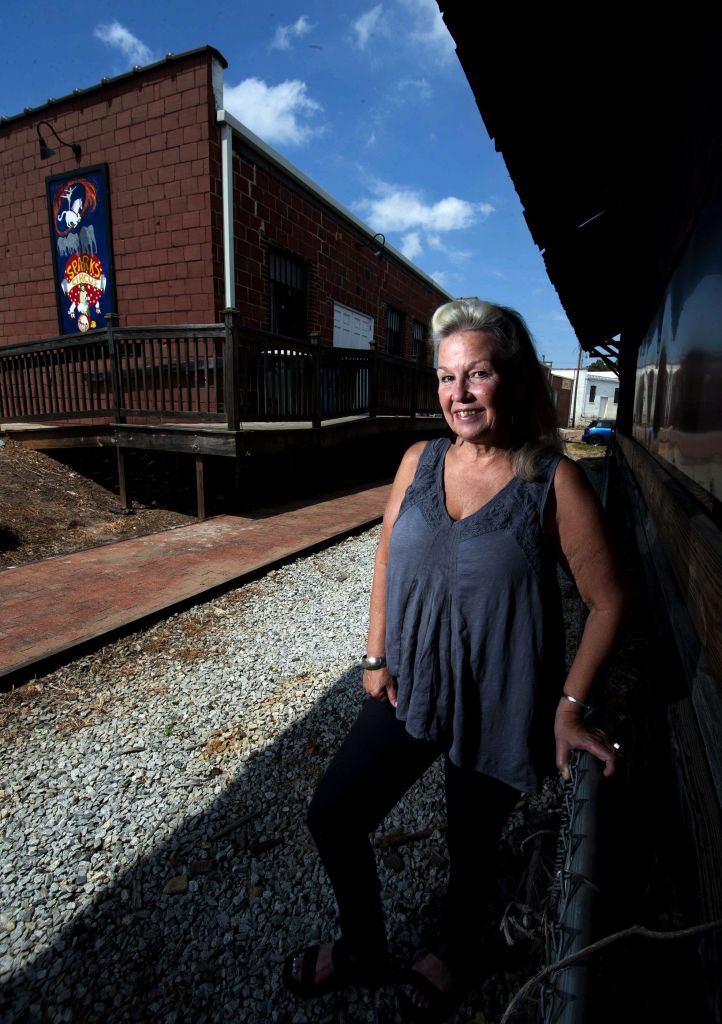 Forget tough. These chicks are indestructible — and they want to pass that power on.
Chickweed returns Saturday for its third edition, and it’s shaping up to be the biggest installment yet of the annual fundraiser for the Family Crisis Council of Rowan County.
The event takes place Saturday 5 p.m. to midnight at the Spoken Space Theatre, and with the tagline, “Celebrating Indestructible Women,” there’s no doubt what it’s all about.
“We’re delivering a message of empowerment to women through the arts,” said Sue McHugh, one of Chickweed’s founders.
Chickweed started as a “very, very grassroots” effort among friends and fellow performers, McHugh said.
“It was just a bunch of gals who got together … and said, ‘Hey let’s play together,’” she said. “Once we realized we were all women, we thought we could make it something for women.”
They decided to make the show a benefit for the Family Crisis Council, the nonprofit group that helps those affected by rape, incest, sexual assault and domestic violence.
The agency offers an emergency shelter, court advocacy, 24-hour crisis line, individual and court counseling services and support groups, all at no cost to those seeking help.
The seven performers invited a couple of friends who did massage, along with a food vendor and Morgan Ridge Vineyards.
That first event attracted about 200 people, and Chickweed organizers were able to write a check to the Family Crisis Council for about $1,700.
The second year saw a bigger crowd and a bigger check — about $4,000.
Already this year, with sponsorships and in-kind donations — with ticket sales not yet counted — Chickweed is closing in on $7,000.
“It’s amazing how the community has embraced it,” McHugh said.
And just as the Family Crisis Council offers services to men as well as women, Chickweed is an event for everyone, McHugh said.
“One of the biggest misconceptions is that it’s for women only,” she said. “Although it’s women helping women, the event is for everybody.”
And Chickweed offers something for everyone. Along with the performers — who include singers and dancers — the indoor-outdoor festival’s offerings will include art, jewelry, handmade hats, massage and reflexology.
Food will be served up by Rev’s BBQ and Kabob’s Mobile Food Service.
The folks from Morgan Ridge Vineyards will be back, but this year in addition to wine, they’ll be serving craft beers.
McHugh said Chickweed wasn’t originally intended to be a festival, so its organizers don’t put a call out for vendors — “People just line up wanting to be a part of it” — and they have never charged a booth fee. They just ask vendors to donate part of their proceeds from the evening to the Family Crisis Council. Some donate everything they make.
“That’s kind of special, really,” she said.
Local businesses are getting involved, too. Guitars USA has donated an acoustic guitar to be raffled, and a bicycle from Skinny Wheels Bike Shop will be up for silent auction. Artists have also donated works for auction.
Also new this year, in addition to the “core chicks” who have been there from the beginning, are performers including Gigi Dover and Reeve Coobs, both from Charlotte.
The event will have a first-time master of ceremonies, Texas comic Sandra Valls, who was in town last month for the Salisbury Pride event, heard about Chickweed, ‘and said ‘I want to be part of it,’” McHugh said.
“Bringing somebody in from Texas, I think we’re finally getting some attention,” she said.
Chickweed is also helping to create what McHugh calls “kind of a cool synergy” with Rail Walk Studios & Gallery and Lee Street Theatre by cross-promoting events taking place at all three venues next weekend.
And for the first time, tickets are available online, at www.eventbrite.com, as well as at several local businesses.
Even as some things change, though, others stay the same.
People attending will still be able to see some of their favorite performers from Chickweeds past, and introduce their friends to them.
It will still include performers spanning “five or six generations in age, black and white, gay and straight,” and all the musical genres they bring, McHugh said.
As he did last year, Mayor Paul Woodson will proclaim this week Chickweed Week and Saturday Chickweed Day.
And, perhaps most importantly, Chickweed will still be about celebrating indestructible women — and passing it on.
“We just hope we create one voice that will give somebody else their voice and empower them to have a better life,” McHugh said.