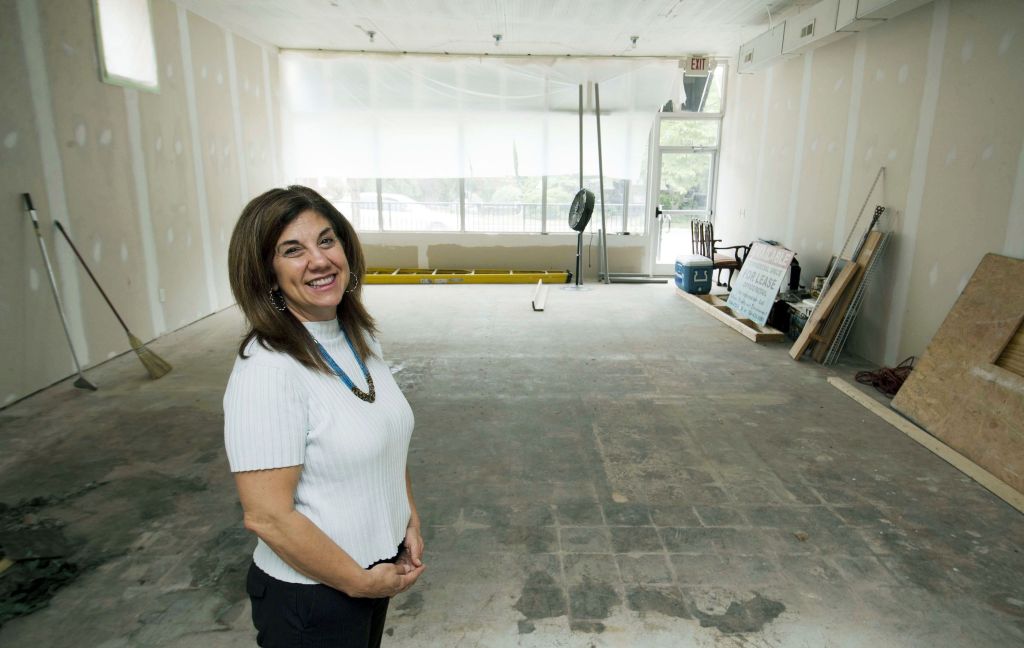 SALISBURY — From Cuban cuisine to body waxing, the slow but steady transformation of the 1000 block of South Fulton Street marches on with the addition of a funky gift store and soon-to-debut coffee shop.
Fun Finds on Fulton and Mean Mug Coffee Shop, along with a longtime yoga studio, well-known hair salon and popular restaurant and lounge, are contributing to what Paula Bohland calls the mini-renaissance blooming in a previously blighted block on the edge of Fulton Heights.
An old church is even coming back to life.
“This is being created into a renaissance area with a sense of community,” said Bohland, who co-owns the old R.L. Foil’s Grocery building and red brick house next door. “Where there was blight, it’s now seen as a resource instead, something that has energy and vitality and can make the neighborhood proud.”
In 2009 Bohland, recently named executive director for Downtown Salisbury Inc., and Steve Butner, her Vision Realty and Development partner, bought and renovated the Foil’s Grocery building at 1024 S. Fulton St. and the house at 1026 S. Fulton St., now decorated with colorful paper lanterns.
A year later, they scored a coup by convincing Mambo Grill to move from the Lowe’s shopping center to Foil’s Grocery. The new location was a hit. On busy nights, people hungry for ropa vieja or media noche can’t get a table without a reservation.
Yoga, art and haircuts came first.
Leila Ann Faries’ opened Cut Up & Dye, a full-service salon at 1003 S. Fulton St., bringing with her a tattooed staff and loyal clientele, plus an iconic pink cat statue. Right behind the salon at 323 W. Harrison St., Lewellen Padgett has owned and operated Artemesia Artworks & Yoga Studio since 1999, the first artist to signal the coming renaissance.
The Fulton Heights National Register District, which includes residential and commercial properties, also was established in 1999 and begins in the 1000 block of South Fulton.
There have been setbacks. Ibiza Deli, a sister restaurant next door to Mambo Grill, lasted less than a year. A photography business slated to go on the second floor of Foil’s Grocery never developed.
But with each step back came two or three hops forward. The Sanchez family tried again and opened a chic bar, the MG Lounge, last year in the former Ibiza space.
The city sponsored BlockWork, a one-day extreme makeover event, in the 1000 block in 2012. About 90 volunteers turned out to paint houses, repair porches and sidewalks, install decorative fencing, cut back overgrown vegetation and landscape yards and boulevards.
Medina Construction donated the labor during BlockWork to put a new roof on an elderly woman’s house across the street from Foil’s Grocery. Little did co-owner Evelyn Medina know that two years later, she would be preparing to open a coffee shop in the former grocery store.
“There is a sense of community in this town. That’s one of the reasons that I’m not so afraid about starting up a new business,” Medina said. “If the community is strong enough to come and do BlockWork, I know they will come out and support my business.”
Destiny City, a nondenominational church that meets at Livingstone College Walls Center Chapel, is renovating the old church at 121 Ridge Ave., right behind Mambo Grill.
When the woman who owned Eclectic Synergies in the red brick house decided to close, longtime friends Ann Cline and Amy Leonard decided to open. And in March, Fun Finds on Fulton joined the party in the 1000 block.
Described as a funky gift shop and studio featuring work by local artists and gourmet treats for you and your four-legged friends, Fun Finds offers handcrafted items from 45 artists, including indigenous people from Guatemala.
Proceeds from the sale of Guatemalan goods go to support three schools in Antigua, when Bohland and many other Salisbury residents have traveled for mission work.
“What’s wonderful about this whole complex is that everyone in the partnership refers customers to each other,” Bohland said. “It’s more community than competition.”
Even above Fun Finds, where Bohland leases out office space, her tenants share resources and help each other, she said.
Bohland gives start-ups a break on rent and helps them with marketing, networking, even permitting. She accompanied Medina to the city’s One Stop Shop for Development.
Bohland considers herself an entrepreneur and said she wants to encourage other people to take a chance and start a small business, which she calls the cornerstone of the economy.
“She has been extremely flexible as far as acquiring the lease,” Medina said. “If she would not be bending over backwards as she is, my family would not be able to open this coffee shop.”
One space remains available for lease, a 2,000-square-foot loft above the future coffee shop. Bohland said she can’t wait to see who else will join the renaissance.
Contact reporter Emily Ford at 704-797-4264.