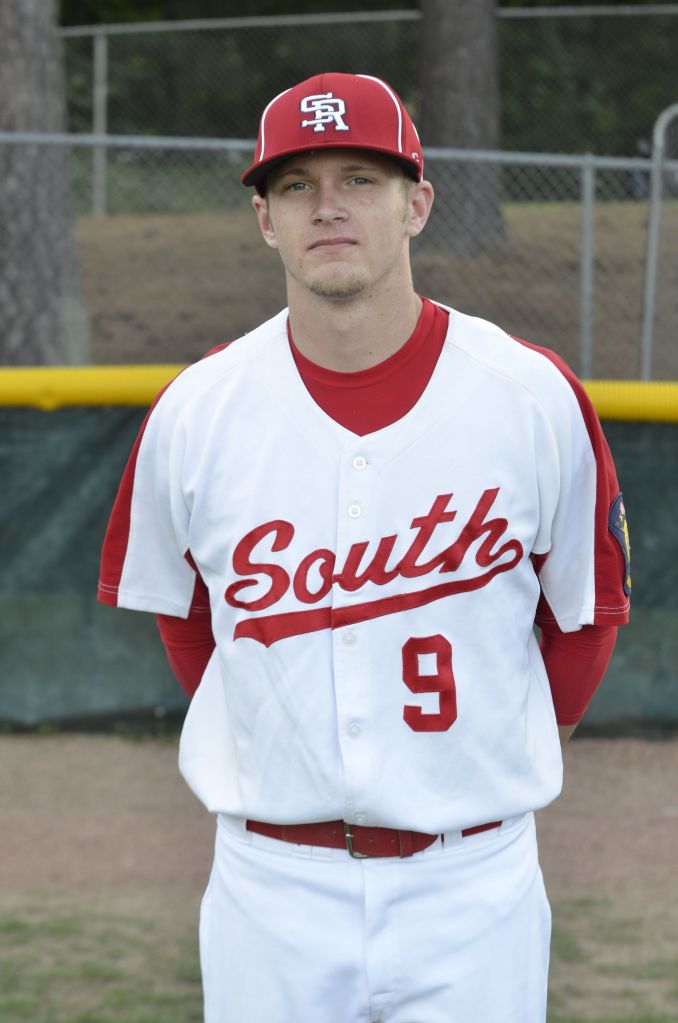 KANNAPOLIS — Southern Rowan lost a game Saturday night that qualified as cruel and unusual punishment.
After a sleepless night, Southern figured out a way to bounce back Sunday afternoon. It got four RBIs from Dylan Carpenter and beat Kannapolis 12-7 for its first victory in the Southeast Division of Area III.
Only one of the 17 teams in Area III won’t make the playoffs, but that club will come from the five-team Southeast Division. Southern (4-9, 1-2) isn’t out of the woods yet, but this one helped.
“You lose a heartbreaker like we did to Rowan County, and I honestly wasn’t sure how we’d respond,” Southern coach Ben Hampton said. “But I was pleased. We swung the bats, we played good defense, and our pitching was good enough.”
Southern out-hit Kannapolis 16-5, but Southern hurlers walked nine batters. That gave Kannapolis plenty of chances to win the game.
“They just came up with more big hits than we did,” Kannapolis coach Joe Hubbard said. “Those first four innings, Philip Faggart was pitching great and it looked like we might win a low-scoring game in an hour and a half and get some rest. But no one has got enough pitching to handle the kind of schedule we’re all playing this week, and it got a little bit crazy.”
Well, it’s Legion baseball. That almost guarantees craziness even in a makeup game that was scheduled for seven innings because Kannapolis had another game scheduled with Concord on Sunday night.
Christian Griffin’s double off Southern starter John Daugherty trigged a three-run Kannapolis second, and Kannapolis still led 3-0 after four innings.
Southern was lucky in the top of the fifth, as the game at the Northwest Cabarrus diamond turned around completely. Around a bullet by Matt Saul, SR got four singles on bloops and bleeders to put Faggart in a mess. Then Matt Honeycutt walloped a two-run double to right-center to give Southern a 4-3 lead.
“I kept my head still and put a good swing on it,” said a sweat-drenched Honeycutt, who catches just about every game for Southern.
Kannapolis scratched out two runs in the bottom of the fifth to briefly regain the lead. Hampton went to his bullpen in the fifth, and Snider got the last out of the inning.
That put Snider (2-0) in the right place at the right time. He became the winning pitcher when Southern took the lead for good with a four-run sixth against a tiring Faggart and reliever Justin Dixon.
If Kannapolis hadn’t been playing a doubleheader, Hubbard probably would’ve sent a fresh pitcher out to start the sixth, but he was hoping to squeeze one more inning out of Faggart.
Owen White’s single to right tied the game 5-all. Then Chandler Corriher squeezed in Chase Labbe, who easily rumbled home from third with the run that put Southern ahead to stay.
“It was just an at-bat where I needed to execute,” Corriher said.
A run-scoring single by Carpenter made it 7-5. A wild pitch pushed the lead to 8-5.
It still got tense in the bottom of the sixth when Trace Hagler drove in two runs for Kannapolis with a solid base hit against Snider. Kannapolis had the tying runs at second and third with one out when Southern’s lefty reliever Ben Gragg got back-to-back strikeouts to end the threat — one with a fastball and one with a backdoor breaking ball.
“Gragg has good velocity and a nasty curve,” Hampton said. “He’s the guy we want to close.”
Gragg also was the guy Hampton wanted to close against Rowan on Saturday, but it didn’t work out.
“That just gave me a lot more motivation today,” Gragg said. “I wasn’t going to let what happened on Saturday happen again.”
Southern’s four-run seventh took the pressure off. Carpenter’s two-run double was the key hit. Then Gragg breezed through the home seventh and struck out two more Post 115 hitters.
Carpenter and Labbe had three hits each for Southern. Corriher, Honeycutt, Saul and Colton Laws delivered two each. White scored three runs.
“We knew we had to win today and we came out here with a chip on our shoulder,” Corriher said. “We got that first league win. Now we have to keep it rolling.”
•••
NOTES: Southern is at home tonight against Concord for another divisional game. … The boxscore is in today’s Scoreboard, as well as the late Saturday box. … Southern plays at Concord on Wednesday.