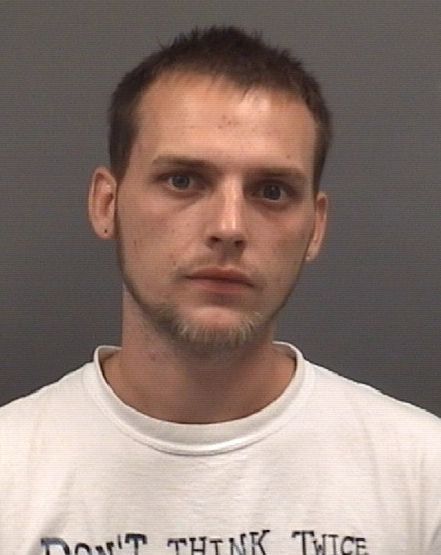 Rowan authorities say a Rockwell couple took a few pieces of jewelry from a relative during a visit with her and sold the items to a China Grove pawn shop.
Misty Dawn Clonch, 27, of the 2100 block of Sides Road, was charged with three counts felony obtaining property by false pretenses, one count misdemeanor possessing stolen goods, four counts misdemeanor failure to appear. Her husband, Donald Ray Clonch Jr., 24, also of Sides Road, was charged with one count misdemeanor larceny. The couple were charged Friday.
The grandmother of Donald Clonch told Rowan Sheriff’s investigators she believed that Clonch and his wife, Misty, took some jewelry and pills from her during a visit at her Blackwelder Road home. Pearl Guiton said she hated to get her grandson in trouble, but she believed he took the items on May 27. She said he was sitting in the living room with her, but then got up several times to go to the bathroom and in other rooms in the house. She said Misty Clonch came into the house and went to the bathroom. She kept her jewelry in boxes in a dresser drawer and when she looked, it was gone.
Guiton talked to Donald Clonch Sr., who told her he’d taken his son and daughter-in-law to Pearl’s Pawn and Gun shop in China Grove. Donald Clonch Sr. said his son asked for a ride to pay a pawn ticket, but he remembered Misty pawned some jewelry while there.
A clerk at the pawn shop told a deputy Misty Clonch was a regular customer and that on May 27 she pawned a five-stone ring. An investigator discovered Misty Clonch also pawned items June 12 at Reliable Pawn Shop on Mooresville Road. Some of the rings that were pawned had since been melted down.
Misty Clonch was convicted in February of misdemeanor larceny and was ordered to complete a year and a half of probation. She remains in the Rowan County Detention Center under a $4,000 secured bond, for the failure to appear charges. Donald Clonch was convicted in February of misdemeanor financial card fraud and was ordered to complete a year and a half of probation. He has since been released from the county jail under a $1,500 secured bond.