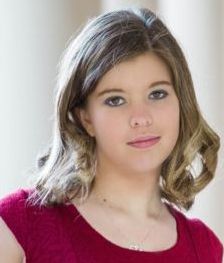 KANNAPOLIS — The A.L. Brown High School 60th class reunion will be held Saturday, Aug. 23, at noon, meeting for lunch at the Irish Creek Country Club (formerly the Kannapolis Country Club).
Organizers are seekinghelp in finding classmates. Anyone who knows the address of any of the following members, contact Peggy Burton at 704-933-3396 or Patty Barlow Argo at 704-932-9381.
ROCKWELL — Jordan Anne Owen presented her senior recital at Immanuel Lutheran Church on Sunday, June 1. Her recital featured vocal and clarinet selections. Following the recital, a dinner was held in her honor in the fellowship building.
The daughter of Cheryl and David Owen of Richfield, she is currently a senior at East Rowan High School and has been a student of Nettie Loflin’s Music Studio in Richfield for eleven years, earning a multitude of superior ratings in music festivals as well as three gold cups.
Owen participates in the East Rowan Marching Mustangs and the East Rowan Honors Chorus. Her choral honors include All-State Chorus, North Carolina Honors Chorus and Broadway Revue soloist.
Owen served as the drum major for the marching unit and was selected to be clarinetist in the US Army-All American Marching Band as well as the All-Star Invitational Marching Band . Other band activities and honors include Wind Ensemble, woodwind captain and flute/clarinet section leader, Most Outstanding Marching Band Player, Most Outstanding Wind Ensemble Player, All-County Band and All-District Band, saxophonist and Jazz Band.
A four year honor roll student at East Rowan, Owen was selected to be a Junior Marshal and has been named a Granite Quarry Scholar.
She will enter Appalachian State University in the fall and plans to pursue a major in psychology and a minor in music.