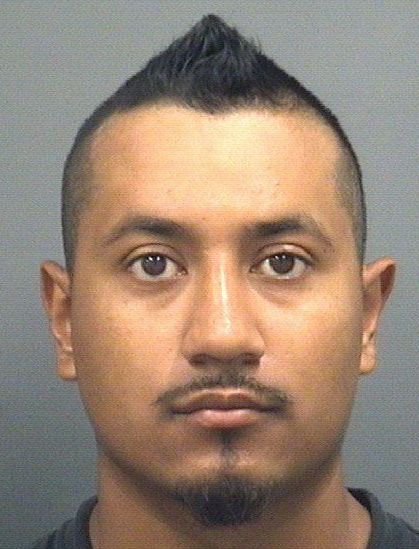 A Kannapolis man accused of breaking into a car and stealing his estranged wife’s belongings turned himself in to police, authorities said.
Salisbury Police charged Jose Israel Gomez, 24, of the 2400 block of Kristen Lane, with felony breaking and entering, misdemeanor larceny and misdemeanor assault on a female from a March incident in Cabarrus County.
A report said the wife was at Applebee’s restaurant with her boyfriend when they discovered the theft after leaving the restaurant. She’d borrowed a friend’s car, a report said.
The incident occurred around 10:30 p.m. Wednesday and Gomez turned himself in Thursday morning around 1:30 a.m., said Capt. Shelia Lingle.
The woman had her purse, cell phone, makeup/toiletry bag inside the car, which was unlocked. The woman called her cell and her husband answered it, a report said. The couple had been separated for nearly two years. She went to the county magistrate’s office because she didn’t know what else to do. A magistrate asked an officer to speak with the woman.
Gomez was not issued a bond and remains in the Rowan County Detention Center.