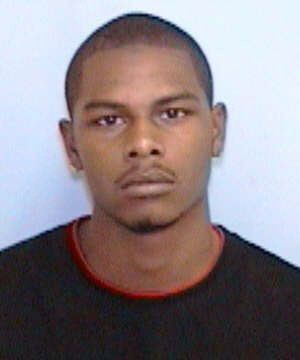 Rowan authorities said a detention center officer was left with a broken nose and concussion following a Tuesday attack at the jail by three inmates, two of whom are charged with murder.
Two deputies were conducting cell searches in pod one and the three men — Khari McClelland, Quentin Mathis and Darius Smotherson — were in the day room for recreation prior to the attack. One of the three banged on a cell door saying he needed to use the restroom. When the door was opened, officials said, all three came at Deputy Jamie Travis.
Travis and Deputy R.T. Hartsell were conducting the search. The men were verbally abusive before the officer was punched, said Capt. John Sifford. The three inmates were lined up to secure them, he said, and refused to cooperate with the officer’s commands.
Mathis, 31, of Statesville, is believed to have instigated the assault, and is said to have made it worse. Mathis accused the officer of “disrespecting them,” a report said.
Sifford said McClelland was the first to punch the deputy and was eventually pepper sprayed. All three were charged with felony assault on a law enforcement officer. Arrest warrants said the inmates repeatedly punched the officer about his head and in the face causing cuts to his face and the other injuries. The deputy is reportedly on medical leave.
This is not the first time Mathis was involved in an assault on a detention center officer. He was charged in December after he bit one deputy on the arm, face and the top of his head. The officer was conducting a random search when Mathis refused to move aside. The deputy placed his hand on Mathis to get him to move and Mathis punched him. Mathis threatened to bite the deputy’s eye during the incident. He pushed another deputy against a wall during the melee.
Mathis was originally charged in May 2011 with attempted murder after a shooting at the Mooresville dragstrip. He is accused of shooting two men during a crowded event held at the dragstrip. Mathis has been in the Rowan County Detention Center under a $1 million bond since he turned himself in to Charlotte authorities in May 2013. He was issued an additional $50,000 secured bond for this latest incident.
McClelland, 24, was charged with first-degree murder following the December shooting of firefighter Marco Kauffman, who interrupted a break-in at his Chenault Road home. Kauffman was struck in the back of the head by a handgun authorities believe was fired by McClelland. Kauffman died weeks after the Dec. 2 robbery and shooting.
McClelland was being held under a $5 million bond in the death of Kauffman. He was issued an added $50,000 secured bond for the attack in the detention center.
Smotherson, 21, also received a $50,000 secured bond. He was being held in the county jail under a $2 million bond following the shooting death of A.L. Brown High School senior Daniel Cooper. Smotherson was accused of robbing Cooper during an apparent marijuana deal and shooting the teen in the neck.

Your daily look at late-breaking news, upcoming events and the stories that will be talked about today: 1. WHY WASHINGTON... read more