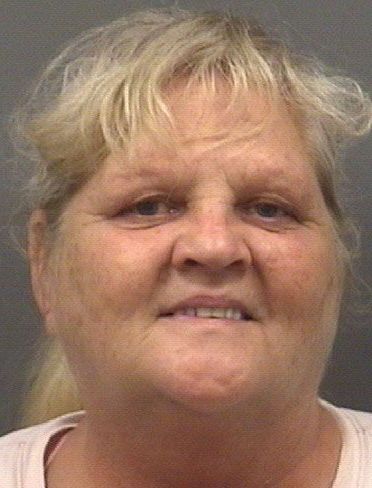 Authorities charged a Kannapolis pair with drug trafficking and drug possession after they sold numerous prescription pills to undercover officers on several occasions during the month of December and January, according to reports.
Glenda Gail Deese, 53, of the 100 block of Arlene Avenue, was charged with four counts of trafficking opium by possession, four counts of trafficking opium by sale, and two counts of trafficking opium by transportation.
Bobby Edward Gouldman, 55, of the 100 block of White Avenue, was charged with two counts of possession with intent to sell schedule IV controlled substance, two counts of sell/deliver schedule IV controlled substance and two counts of maintaining a dwelling to keep and sell controlled substances.
Deese and Gouldman were arrested Tuesday, a Rowan County Sheriff’s Office statement said, and have been issued a $25,000 and a $10,000 secured bond, respectively.
Officials said on Dec. 2 Deese sold nine oxycodone pills to an undercover officer. She again sold 15 oxycodone pills on Dec. 13 and 18 hydrocodone pills to an officer on Dec. 27. The statement said Deese sold 20 hydrocodone pills to an officer on Jan. 21.
Deese was convicted in 1992 of driving while impaired, and misdemeanor breaking and entering in 2009, according to the N.C. Department of Corrections.
Gouldman sold 40 diazepam pills to officers Feb. 18, and another 40 diazepam pills to an officer March 13, authorities said.
Contact reporter Shavonne Potts at 704-797-4253.