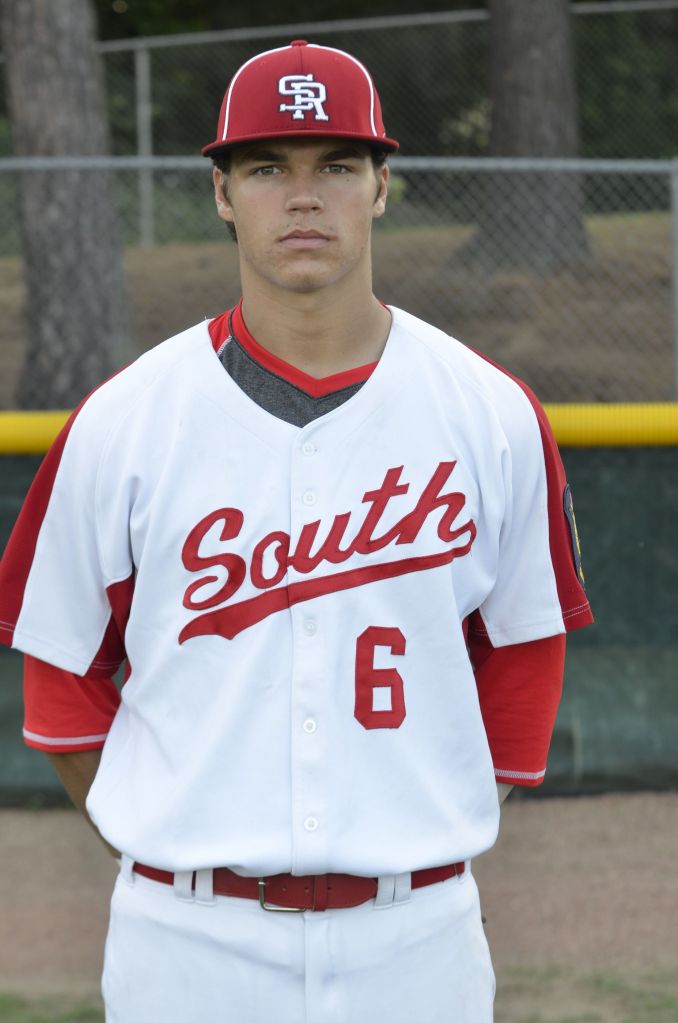 KANNAPOLIS — After four cancellations, Southern Rowan’s American Legion season finally got under way on Saturday.
Southern made up for lost time, winning a pair of seven-inning games at Northwest Cabarrus. SR beat Kannapolis 7-3 in a noon game and then won a 5-4 struggle with Concord.
Southern first baseman Chase Labbe didn’t seem all that excited about the sweaty doubleheader.
“It was hot and that was a long day,” Labbe said with a smile. “It was nice to win, but I like night baseball a lot better.”
Everyone figured Southern would be pretty good at any time of day. The two high schools — Carson and South Rowan — from which most of the roster is built, combined for 46 wins this season and played each other in the third round of the 3A state playoffs.
Also on hand are two guys people may not have figured on — Carson all-county outfielders Ben Gragg and Dylan Carpenter, both of whom graduated in 2013. They are rusty, but they also are very fast.
And then there’s Owen White. White goes to West Rowan Middle School, but he already looks Legion-ready. A future Carson Cougar, he handled shortstop duties smoothly in both games Saturday. He made a terrific defensive play to end the first game and had the game-deciding hit in the second.
“I never had a question about Owen defensively at this level,” said SR coach Ben Hampton, who is White’s cousin. “And I thought he stepped in the box with as much confidence today as anyone we sent up there.”
Southern, which went 13-11 in Hampton’s first season, had only a handful of Carson varsity players available Saturday but still had enough talent to pull out two.
Bo Corriher won the game against Kannapolis with four strong innings. Brandon Newton, a Carson jayvee, earned a save.
Against Concord, Blake Johnson worked five innings. Dylan Snider won in relief. Andrew Fulton got the last two outs for a save.
“We got a chance to look at a lot of guys,” Hampton said. “We pitched it pretty well and we were solid defensively.”
Hampton said the team expects to add the three right-handers who have been the cornerstones of Carson’s recent success — Dillon Atwell, John Daugherty and Colton Laws, although Laws has been dealing with some arm tenderness.
“We’ll have a good team,” Labbe said. “We might have enough pitching to be really good.”
Kannapolis’ Ryan Marks allowed no hits and struck out five on his first trip through the South lineup, but South’s six-run fourth — all after two men were out — decided the game.
Eric Stowe doubled home two, while Chandler Corriher and Fulton had run-scoring singles. South also scored twice on a dropped fly ball.
Bo Corriher left with a 6-1 lead, and Newton was able to hold it. White helped him with a leaping catch of a line drive that he turned into a game-ending double play.
Eric Hamilton went 2-for-3 with two RBIs to lead Kannapolis (3-3).
Concord showed power, as Clint Moser and Tyler Thomas launched homers.
Concord (2-4) scored a run in the first inning, but White doubled to deep center to score Labbe for a 1-all tie.
Moser’s two-run homer against Johnson gave Concord a 3-1 lead in the second inning, but South rallied when Concord’s defense struggled in the fourth. Back-to-back-to-back errors on groundballs allowed South to tie at 3-all.
South took a 4-3 lead in the fourth when Matt Honeycutt hit a groundball to second with the bases loaded and one out. It should’ve been a DP, but the ball was bobbled and Concord only got a forceout at second, as Matt Saul scored the go-ahead run.
After allowing that second-inning homer to Moser, Johnson settled down. Honeycutt threw out a base-stealer to help him in the third inning, while a double play aided him in the fourth. Then Johnson threw a 1-2-3 fifth.
Snider pitched the sixth and allowed a mammoth homer with two men out to Thomas. The ball struck the top of the batter’s eye in center field, a prodigious poke, and it was 4-4.
White rapped a single to left to plate Stowe with the tiebreaking run in the top of the seventh, but Concord turned a double play with the bases loaded to keep it at 5-4.
When the Concord seventh began with a line-drive double by Daniel Dove and a towering flyout to right to Cody McNeely that moved the tying run to third — it was about 10 feet short of being a walkoff homer — Hampton made a call to the bullpen.
Fulton came through. He got an easy popup to White for the second out. Then he coaxed a routine grounder to White, who fired across the diamond to Labbe to end a long day of baseball.
•
NOTES: South plays Kannapolis at home on Memorial Day. Veterans will get in free … Boxscores are in today’s Scoreboard.