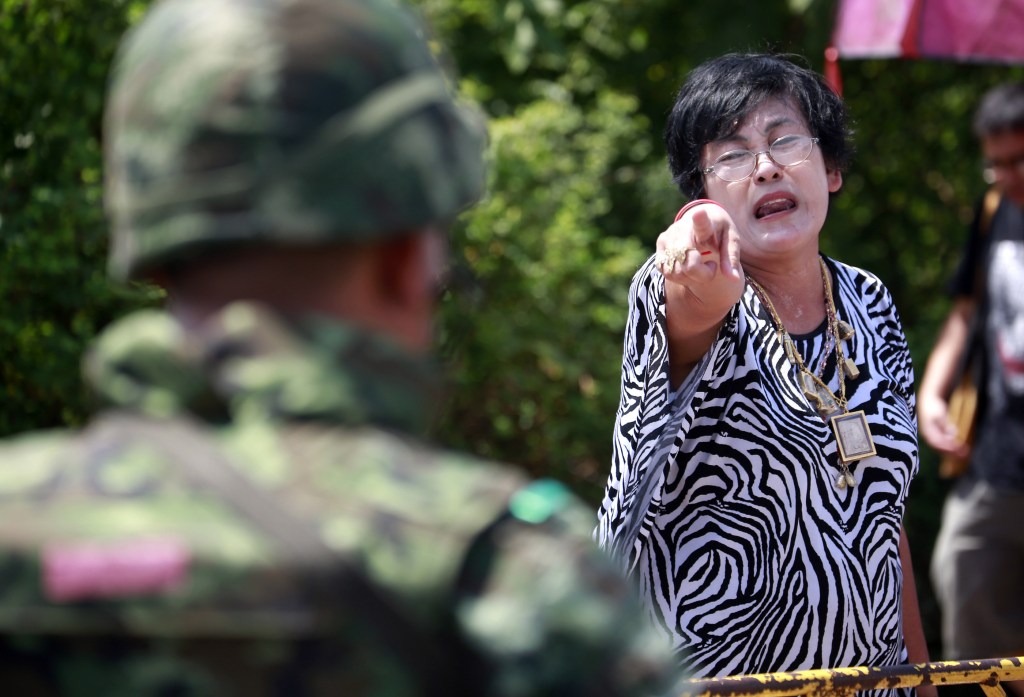 Your daily look at late-breaking news, upcoming events and the stories that will be talked about today:
1. THAILAND TO JUNTA: PLEASE CHANGE YOUR SOUNDTRACK

Thai citizens give the thumbs-down to the military’s idea of TV programming during martial law: dour announcements and patriotic hymns.

2. ONE STATE’S RESPONSE TO THE EXECUTION DRUGS SHORTAGE

Tennessee is bringing back the electric chair if prisons can’t get the lethal doses. Legal challenges are expected.

It’s not clear how many fatalities there are; the Syrian president himself wasn’t present.

4. HOW DETROIT IS COMBATTING CARJACKINGS

Among the measures: Convicted carjackers will get their faces and prison sentences plastered on billboards.

Mark Cuban talked about a "black kid in a hoodie" in discussing prejudice. Now, he says he didn’t consider the feelings of the slain Florida teenager’s relatives.

6. "HONG KONG ON THE HUDSON": A NEW LOOK FOR NYC’S WILD WEST SIDE

A once desolate neighborhood is being transformed in a decade-long project with 17 high-rises — some of them on platforms over Penn Station’s railroad tracks.

7. BATTLE FLAG FROM THE USS TEXAS GOES ON DISPLAY IN HOUSTON

It’s being exhibited at the city’s Museum of Natural Science to commemorate the 70th anniversary of D-Day.

Officials in New Mexico are trying to figure out if a switch from nonorganic to organic litter caused a chemical reaction leading to the leak.

10. WHERE TO FIND THE BEST BEACH IN AMERICA

Honolulu’s Duke Kahanamoku Beach has been dubbed the best public beach in the nation in an annual survey.