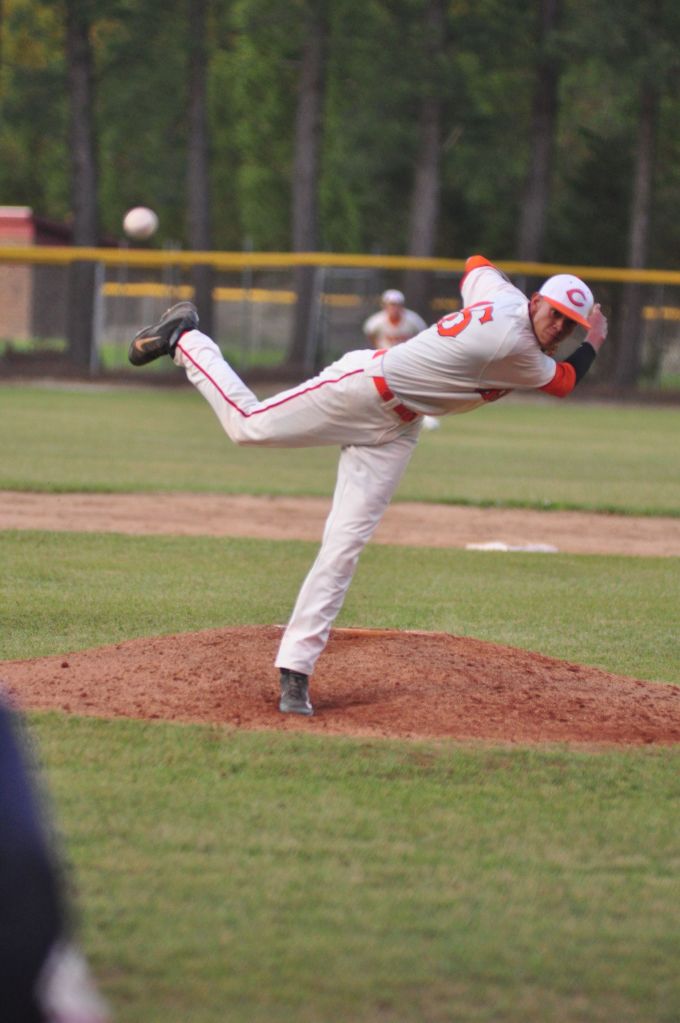 GREENSBORO — John Daugherty wasn’t looking for perfection Monday night — but it nearly found him anyway.
The Carson righthander retired 20 consecutive batters before allowing an infield hit with two outs in the seventh inning, boosting the Cougars to a 2-0 second-round victory at Southern Guilford. CHS (23-6) will host South Rowan tonight in the third round of the state 3A playoffs.
“We got the win and I pitched the best I could,” Daugherty said after his near-perfecto. “As long as we get to keep going, that’s all that matters.”
Of course he’s right, but what a fuel-injected performance he gave. Blending a streamlined, mid-80’s fastball with a biting curve, Daugherty struck out 10 and threw first-pitch strikes to 16 of the 22 men he faced. SG’s only baserunner was Ryan Hedrick, who grounded a ball in the hole that shortstop Austin McNeill fielded cleanly before losing his footing.
“I started thinking about (a perfect game) the whole last inning,” said Daugherty, now 7-2. “Actually I was trying not to, but it was there in my head. Then with two away (Hedrick) put it in a perfect spot.”
It spoiled an unblemished night, but not Carson’s enthusiasm. “I don’t know a word for it,” said infielder John Patella, who scored Carson’s first run and later collected the game’s only extra-base hit. “He was just awesome. He did everything we wanted him to do. It’s so easy playing behind him.”
Winning coach Chris Cauble encouraged his team to celebrate afterward, then offered a word of caution.
“I told ‘em to enjoy the heck out of this until we get home,” he said. “Then they need to get some good sleep because we’ve got to go right back it. This was a good win and we should be happy. Any team that wins 22 games and goes 14-0 in its league — well, we expected a dogfight.”
This victory came against a Southern team that finished 22-4 and a pitcher — junior righthander Taylor Suggs — who’d captured all 10 of his previous decisions.
“Sometimes you learn more from your losses,” said SG coach Jeff Carter. “We picked a bad night to have a bad game. Taylor got outpitched by a better pitcher. He just wasn’t sharp.”
Carson scored both of its runs in the top of the third inning. It used two hit batsman, two wild pitches, a passed ball, a catcher’s interference call and Heath Mitchem’s bunt single to plate all the runs Daugherty would need.
“It took us until the second inning to figure out the umpire’s strike zone,” said Carson catcher Bryson Prugh. “Once we did, he was amazing. He did everything right.We never had to work out of any jams.”
Daugherty got some help from Carson’s defense. Mitchem made a shoestring catch in left field in the last of the fifth and Michael Morrison went a long way to reel in Ryan Caveness’ fly ball in deep right-center later the same inning.
“I had so much confidence in the team today,” Daugherty said. “Our confidence level was 100 percent. I was not going to leave here with a loss.”