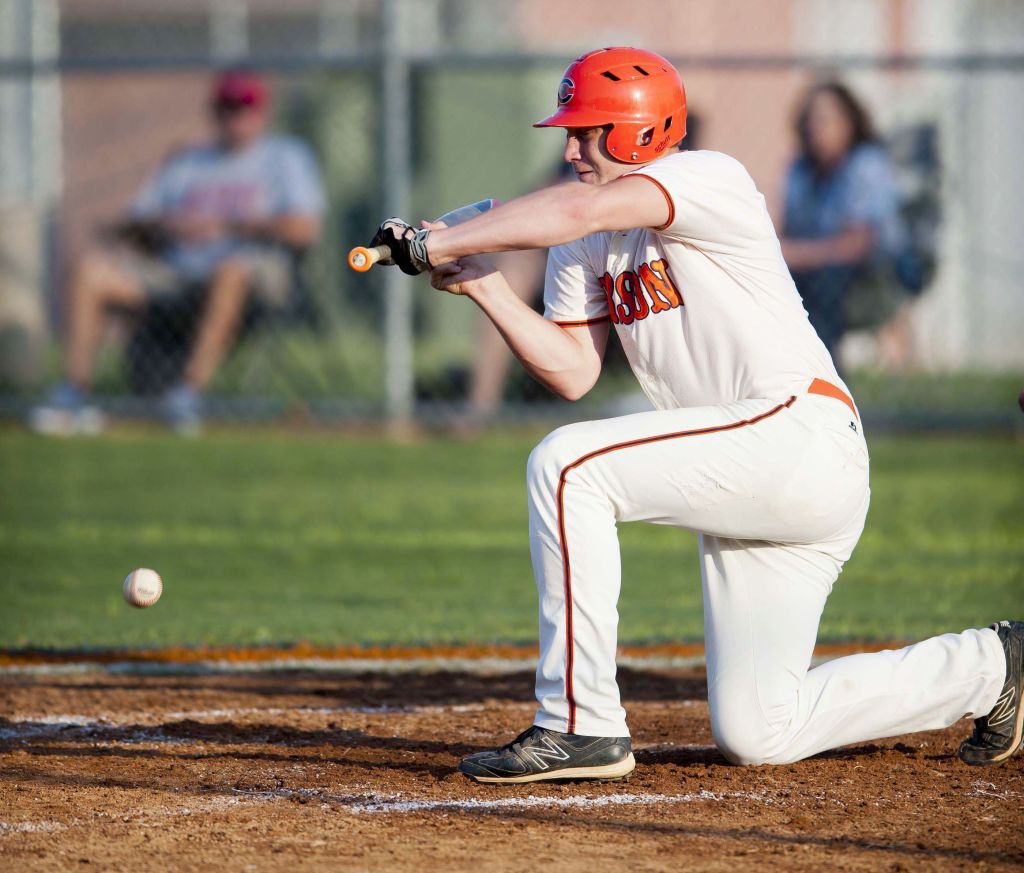 CHINA GROVE — No one knows where Carson’s post-season journey will end, only where it has begun.
The Cougars made a successful launch in the 3A state playoffs Tuesday night with a 10-0, mercy-rule victory against visiting North Iredell. They’ll face the winner of tonight’s Southern Guilford-West Rowan match in Friday’s second round.
“To keep going you’ve got to win, no matter how you do it,” said Carson coach Chris Cauble. “It doesn’t have to be pretty, but you’ve got to win. And we did some good things today.”
Carson (22-6) did some pretty things as well. Colton Laws ignited a three-run rally in the bottom of the second inning with a sizzling double that bounced to the fence in left-center. “I got an inside pitch, got my hands through and hit it solid,” he reported.
CHS collected 11 other hits, including run-scoring singles by Kris Peacock and Brandon Sloop that finished the game in six innings.
And once again the Cougars played unblemished defense, highlighted by a big-league stop and throwout by third-baseman Ryan Bearden that saved a fourth-inning run.
But nothing was as handsome as winning pitcher Dillon Atwell’s complete-game performance. The senior right-hander pitched like he had a roast in the oven, working quickly and efficiently. Braiding his fastball, curve and changeup with a take-a-seat slider, he needed only 72 pitches to win his eighth game and end North’s season.
“That kid could be a No. 1 anywhere in Iredell County,” losing coach Nick Tomlin said after NI closed up shop with a 7-16 record. “He threw his curveball for strikes, he beared down when he had to and he kept getting our leadoff man out.”
Atwell was in command from the start. He retired North’s leadoff batter in five of the six innings and threw first-pitch strikes to 20 of the 24 men he faced.
“It was all due to good defense,” Atwell said after fanning seven batters and walking none. “I just threw it in the zone and let them make plays.”
Carson catcher Bryson Prugh said Atwell “was just on,” and added: “Everything was working tonight. He came out, kept his composure and did what he had to do.”
Losing pitcher Drew Weibley (2-5) had no such luck or support. After Law’s leadoff double in the second, NI seemingly forgot how to play defense. When it came to fielding and executing bunt plays, they morphed into the Raiders of the Lost Art — turning three consecutive Carson sacrifice attempts into run-scoring errors.
“We picked a really bad time to come unglued,” said Tomlin. “That’s stuff you practice every day. We just went over it for 30 minutes yesterday. I do not know why it happened, but we’re not good enough to give teams — especially good teams — six or seven missed opportunities.”
The Cougars accepted the gifts and by game’s end half of their runs were unearned. They went up 5-0 in the third when Weibley balked home a run and another crossed on Sloop’s sac fly. A sixth run scored on a fourth-inning double play before Weibley’s second wild pitch plated pinch-runner Christian Houpe. When Laws steered a two-out grounder into left field it was 8-0 and Weibley was done.
“He was a good pitcher,” Prugh insisted. “We’re just coming around and doing all the things we need to do at the plate.”
Atwell scattered seven singles, including two in the top of the sixth. But he escaped unscathed by firing a Linda Ronstadt, blew-by-you fastball past Weibley to the end the inning.
“He pounded the zone and helped himself out,” Cauble concluded. “That’s what he’s supposed to be doing.”