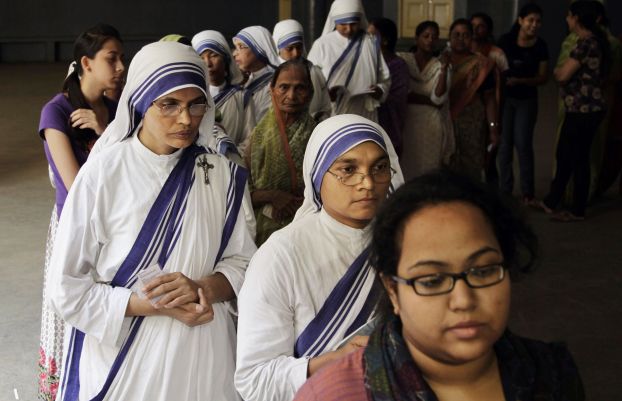 Your daily look at late-breaking news, upcoming events and the stories that will be talked about today:
1. PRO-RUSSIAN INSURGENTS SAY EASTERN UKRAINE APPROVES SOVEREIGNTY

Moscow calls on Kiev to engage in dialogue with representatives of the country’s east to implement the results of the referendum.

2. FOR BRAZIL’S WORLD CUP, SUSPICION OF CORRUPTION RUNNETH OVER

An Associated Press analysis of data shows lead builder of Brasilia’s stadium increased its political donations 500-fold in the most recent election.

Millions watched the first openly-gay NFL player kiss his boyfriend when he got drafted by the Rams–and for ESPN and the NFL Network, showing the kiss was a non-issue.

Over 810 million people in the world’s largest democracy are eligible to vote in the election that could bring an end to the Congress party’s decade in power.

Expectant mothers could save on their medical bills through access to additional Medicaid coverage.

Mother Nature acts like she didn’t get her Mother’s Day card on time, turning a wet, snowy cold shoulder on Colorado and Wyoming, and tornadoes of wrath on Nebraska. Kansas and Oklahoma may also face punishment.

9. WASHINGTON MONUMENT TO OPEN FOR FIRST TIME SINCE 2011 EARTHQUAKE

The world’s tallest freestanding stone structure has been repaired, with damaged marble being replaced by stone salvaged from Baltimore row houses or the Maryland quarry that provided the original.

10. STERLING’S WIFE MAY NOT BE ABLE TO HOLD ON TO CLIPPERS

The NBA says if Donald Sterling’s ownership of the Los Angeles Clippers is terminated, so is Shelly Sterling’s.

KANNAPOLIS – The sun shone, the thunder rumbled, but nothing stopped the people of Kannapolis from getting Jiggy this weekend.... read more