Nelson will play at CVCC 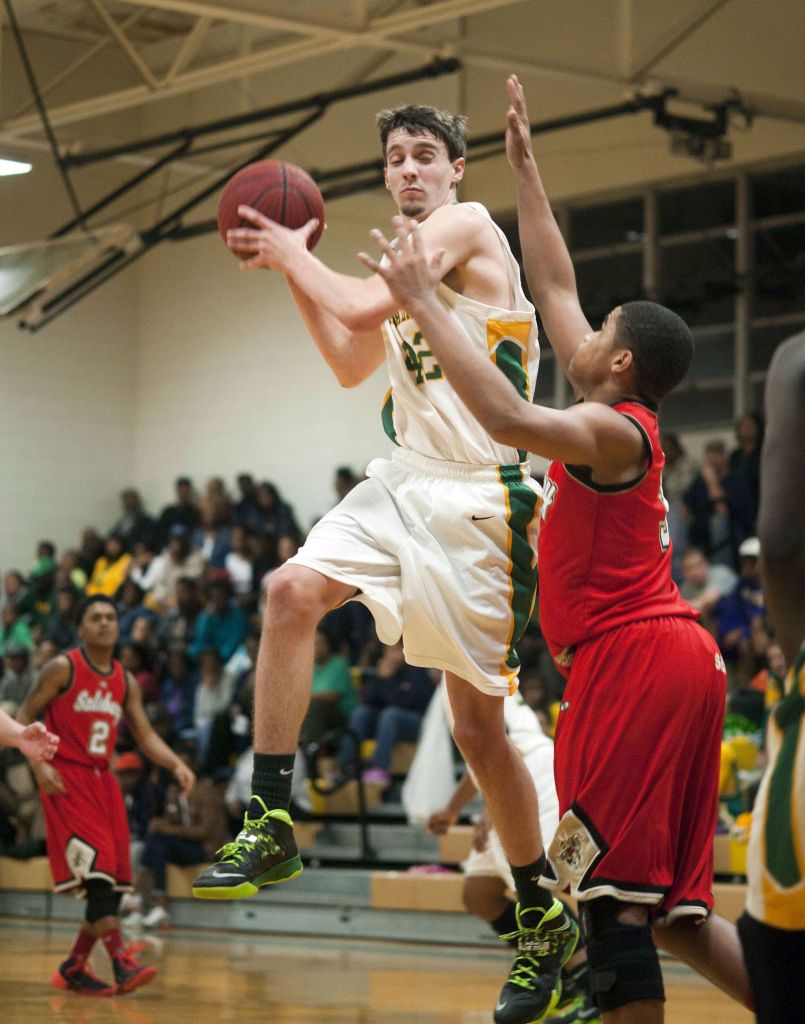 SPENCER — North Rowan won a lot of games by 30 and 40 points during Dalton Nelson’s two years as a Cavalier.
Last year in the second round of the playoffs against South Stokes, it was evident early on this was not going to be another laugher.
Nelson, who was getting more playing time in light of Malik Ford tweaking his ankle, was on the floor against South’s assertive frontcourt.
North coach Andrew Mitchell called timeout in the second half and summoned a Greek God out of his inexperienced center. In his first year at North, Nelson showed potential, but needed some moxie that coach Mitchell was willing to provide.
“I thought I was playing pretty decent,” said Nelson from the North media center Wednesday. “Coach called me out. He said ‘you’re playing weak. You’ve got to think strong, play strong, and play like Hercules.’ Of course, he wasn’t saying it calmly.”
The Cavs pulled away in the second half and all the talk in the locker room was how Nelson’s newfound nickname complimented his second-half play. That aggressiveness trickled into this year when Nelson took over for the departed Ford at center.
Nelson wasn’t a prolific scorer, but with the talent North had, he didn’t have to be. His season high in points was 10, which he got in the season-opening game against Mooresville and the first-round playoff game against Salisbury.
“It’s North Rowan and they expect you to win,” Nelson said. “I had some pretty big shoes to fill with Malik leaving.”
Nelson can still polish his game and he’ll do that at Catawba Valley Community College along with teammate Kenyon Tatum. Tatum got in Nelson’s ear and helped convince help to join the junior college in Hickory. Wednesday North big men Nelson and Ford held a dual signing.
Nelson started most games this year and anchored North’s interior game along with Tatum.
Nelson, 6-foot-8, 190 pounds, had good nights against stiff competition like Shelby and Bull City Prep. They say you can’t teach size, and Nelson offers a lot of it to throw around in the paint.
In the third round playoff win at Shelby, Clemson Commit Gabe DeVoe was at the free throw line with the game tied with a second left in regulation. Nelson, the tallest guy at the court, grabbed the rebound on a misfire to secure overtime. North went on to win to advance to the regional.
“He worked hard over the summer and was in the gym every day,” said Mitchell, who also praised Nelson’s ability to run the floor. “He was excellent when it came to blocking shots and rebounding.”
Dalton didn’t take basketball seriously until his sophomore year. His dad and former West Rowan girls Todd McNeely started a AAU team while he was at East Rowan.
“I was playing against guys that were 17 and I was dominating the 17-year old group and I decided I could do it at the next level,” Nelson said.
Nelson and his brother Brandon, now a JV assistant coach at North, transferred from East their junior year to bolster an already plentiful roster that included the last two county players of the year in Oshon West and Michael Connor. There were prime opponents, full gyms and a buzz surrounding the team that made Nelson devote himself to improving.
“What made my season this year was surrounding myself with great athletes,” Nelson said.
Nelson offers a good GPA at 3.3 and wants to pursue athletic training.