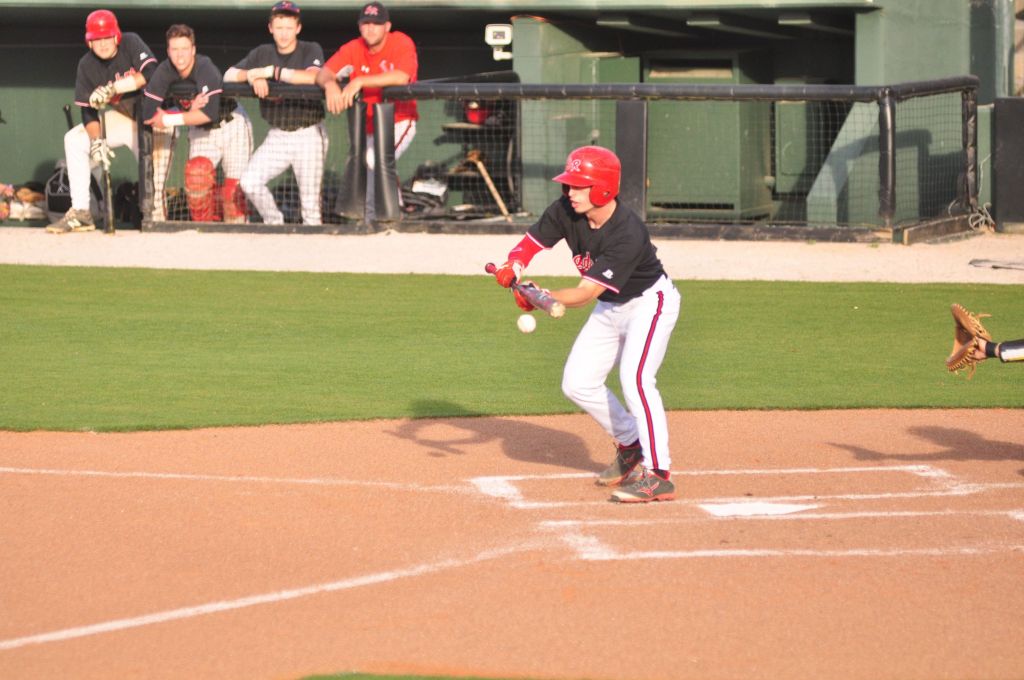 KANNAPOLIS — When it comes to reducing, South Rowan lefty Blake Johnson could teach Jenny Craig a thing or two.
When your ERA is 0.32, it’s not easy to lower it, but South Rowan’s Blake Johnson managed to accomplish that feat on Thursday at CMC-NorthEast Stadium.
The sophomore pitched five more scoreless innings in an 11-0 romp against Mount Pleasant in a semifinal game in the F&M Bank Classic. Johnson teamed with Jordan Boatwright on a seven-inning no-hitter.
Johnson emerged from the contest with an ERA of 0.26. That’s one earned run in 27 innings.
“I just tried to keep it low and throw strikes,” Johnson said. “And I guess I gave my outfielders a little bit of a workout.”
That he did. Eleven of the 15 outs Johnson got were in the air, including one that Johnson, who may have a future as a radio color man, described as “a diving grab” by left fielder Ryan Ashworth.
Maybe the most interesting thing about Johnson is that when he’s not scheduled to pitch for the varsity he plays first base for the jayvees. In the future, the Raiders will need his bat, but his left arm already is a big factor.
“We don’t have that pitcher who’s going to shove it like some of the teams in our league do,” South coach Thad Chrismon said. “But our guys have done a good job of throwing strikes and we’ve usually played good defense behind them. When we have made an error, we’ve made the next play.”
Johnson (5-0) has walked three all season, including Thursday’s walk to Mount Pleasant slugger Ryan Ross.
South’s hitters made it easy for Johnson. He had a 3-0 lead before he ever took the mound thanks to five straight one-out hits in the top of the first by Chandler Corriher, Chase Labbe, Matt Honeycutt, Eric Stowe and Ashworth.
“We went up there looking to hit the first good pitch,” Labbe said. “We were aggressive.”
South never stopped pounding away. Labbe and Ashworth had three hits each. Corriher, Honeycutt and Stowe had two apiece. No. 9 batter Eric Goldston drove in three runs. Hunter Travis and Burke Fulcher picked up RBIs with bases-loaded walks.
The quietest guy in the lineup was actually Tyler Fuller, South’s leading hitter. Fuller went 1-for-5, drilling a single his last time up.
Ashworth’s production was a major surprise.
“He was in a wreck and had a concussion, so we’re just now getting him back into things,” Chrismon said. “He’s worked hard. He had an opportunity tonight and he made the most of it.”
South didn’t play a perfect game — there were two mishaps on hit-and-runs that resulted in caught stealings — but the Raiders were solid, as they almost always are.
Chrismon had Johnson on a pitch-count, so he was done after five, even with a no-hitter going.
Boatwright cruised through the sixth and was able to maintain the no-hitter in the seventh with the help of Travis, South’s third baseman. When a hard shot richocheted off Boatwright with one out, Travis charged and made a clean scoop and a strong throw to first base.
“It was great to be part of a no-hitter,” Johnson said.
Mount Pleasant is 13-5, so it’s not like South was beating up on the worst team in the world. South has outscored its tournament foes 24-0.
South (17-4) plays Carson (16-4) for the championship tonight at 6:30 p.m. Carson has 59 wins over the last three seasons, while South has 54. They’ve been Rowan’s two winningest programs during that span and have split SPC games this year.