Ivy got a problem: Vine can become invasive 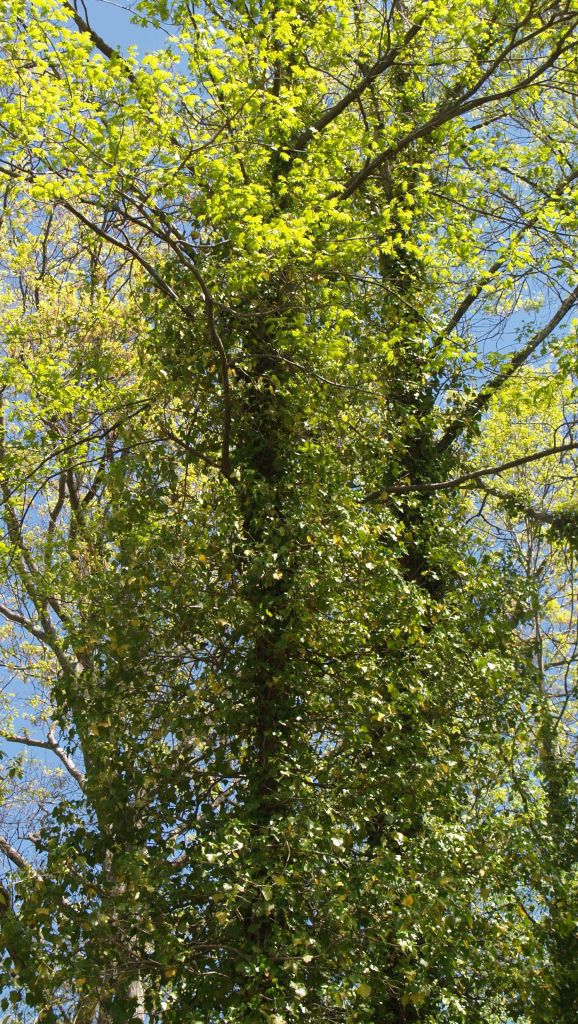 SALISBURY — English ivy is often used as an ornamental ground cover in Rowan County landscapes, most often in areas where shade from trees prohibits growth of grass or on steep hillsides.
Unfortunately the standard cultivars grow rapidly and can become an invasive and aggressive weed in wooded unkempt areas, abandoned homes and landscapes. Left unchecked, English ivy can completely engulf trees, becoming unsightly, and may cause shade tree decline when the vines interfere with sunlight to the tree foliage.
In the Pacific Northwest the plant is listed as a noxious weed. “Ivy deserts” is a relatively common term used in Oregon and Washington state when referring to the plant.
Physical removal is the most effective control measure if practical. Use a sharp pair of pruners or loppers and cut large vines at a reasonable height. The upper portion of the vines will eventually die. It often takes many months for the vines to die. The dying plants will look unsightly for a few months. Don’t use a string trimmer around trees to cut the ivy away from the trees. String trimmers can easily damage and kill mature trees, especially dogwoods.
The cut ivy stumps should immediately be painted with a full strength brush killer or Glyphosate (Roundup). These herbicides can also be painted with a paint brush directly from the container on the freshly cut stumps. The herbicides translocate through the vascular system into the root system and control the vine growth.
English ivy also cannot tolerate constant mowing. If there is a possibility the vine can be mowed, then it can be controlled with a lawn mower.
English ivy can be quite tolerant of common herbicides such as glyphosate. Studies at North Carolina State University revealed that English ivy was controlled by glyphosate when applied in the spring.
The vines should be actively growing and have new growth with at least two to four new leaves sprouting.
Best control will occur if you use a higher rate of glyphosate with a surfactant. It is very important to have full leaf coverage. Avoid applying herbicides to the point of runoff. It is important to spray now because the later the foliar application, the less effective the control. Studies have shown that late summer and fall applications in North Carolina were virtually ineffective. Go to http://www.ces.ncsu.edu/depts/hort/hil/hil-648.html for more detailed information on controlling English ivy and other hard to control weeds.