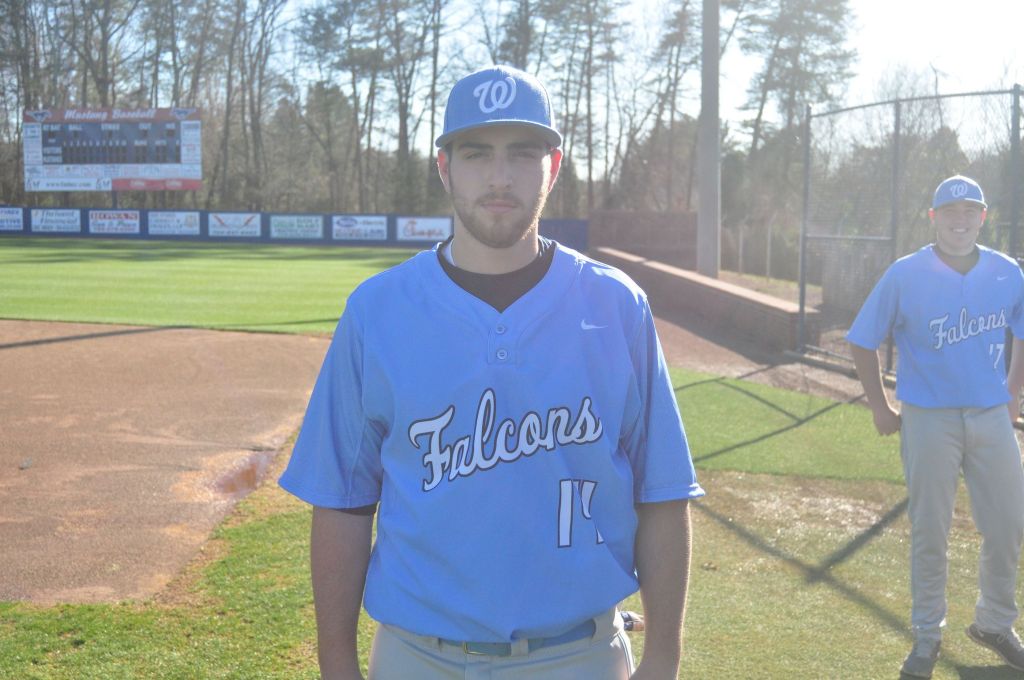 MOUNT ULLA — There wasn’t a fight at West Rowan’s bat rack Thursday night, but there very well could have been.
The Falcons put on a laser show against visiting Central Cabarrus, spraying line drives all over the field in an abbreviated 12-2 SPC victory.
“That’s just the way we can hit,” catcher Michael Pinkston said after West (7-3, 6-2) collected 17 hits, including six doubles. “We hit like that in the first inning against Carson (on March 20) and we hit like that tonight. One-through-nine, we’ve got people who can drive it. It’s just a matter of putting it all together.”
Pinkston went 3-for-4 with a pair of doubles as West reached the season’s midpoint in second place. Teammate Juan Garcia had two doubles and a sac fly while leadoff batter Harrison Baucom reached base four times and scored three runs.
“It was a good night offensively,” said winning coach Chad Parker. “I think maybe we worked too hard on approaches earlier in the season and now some guys are starting to take their pitch. We hit some balls hard. We hit a lot of balls hard.”
It started almost immediately against Central righthander Brendan Fair. The Falcons tagged the junior for three runs in the bottom of the first inning and made it 4-0 when Baucom scored on an error in the second.
“They hit the ball well,” CC coach Ronnie Bost said after the Vikings (1-8) fell to 1-7 in conference play. “They hit some of (Fair’s) good pitches. They hit with two strikes and went down and got some balls.”
West did its best hitting in the last of the fourth, when it sent 12 batters to the plate and cracked the game open with seven runs. During one sequence the Falcons recorded nine consecutive hits — including run-scoring doubles by Nick Collins, Garcia and pinch-hitter Micah Marsh.
“For me, I just had to make sure I stayed loose,” said Marsh, a senior who played only the last two innings at first base. “It’s fun to get all these hits, but it’s more fun to do in close games.”
That was never an issue. West was never challenged and led 11-0 going to the top of the fifth. That’s when right-hander Michael Ball, a senior who was more sturdy than spectacular, faltered and surrendered his only two walks and a pair of unearned runs.
“He kind of battled himself mechanically a little bit,” Parker noted. “I don’t think it was hit best outing, but it was an effective outing.”
Ball scattered five singles, struck out six and improved to 4-1. But even he realized this wasn’t a vintage performance.
“At the beginning of the game I was mentally tired,” he explained. “I knew right away this wasn’t my day. I was just trying to let them hit it and hope my defense was there.”
With so much offense, it hardly mattered. West sealed the deal in five innings when Garcia ripped a two-out double that short-hopped the fence in left and Marsh paddled a first-pitch curveball into the gap in right-center.
“Just looking to hit it in a hole somewhere,” he said with a post-game smile.
Then came this warning from Parker: “We played OK tonight, but our best baseball is still ahead of us.”