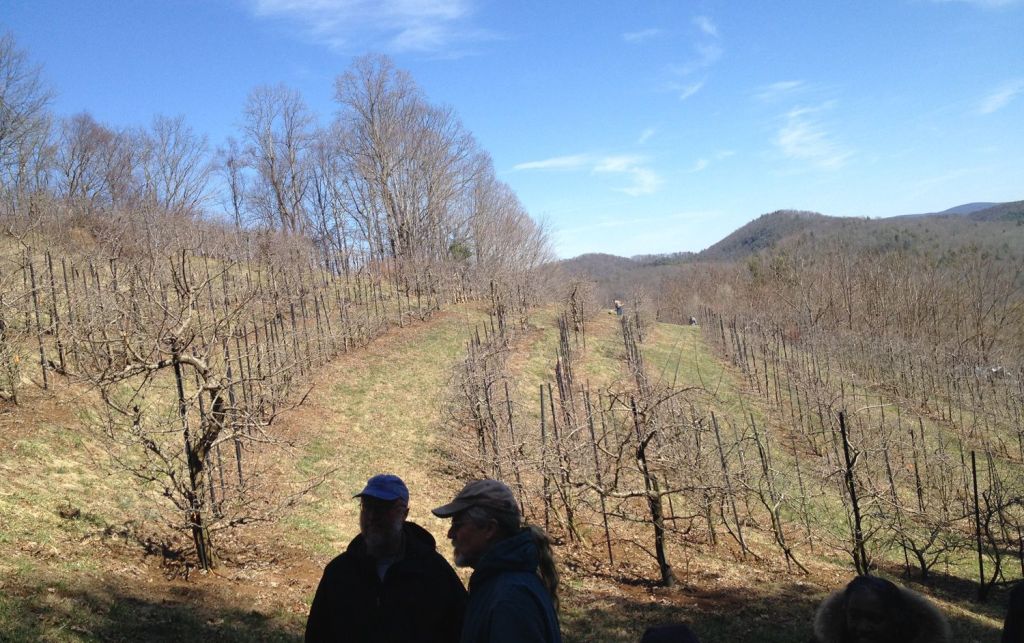 SALISBURY — Farming is one of the best jobs a person can have. It is also one of the most difficult, demanding and least thanked professions.
Farming used to be the top occupation in our nation, now it only comprises about 2 percent. The world is facing more than 9 billion people by 2050. Most think that is far off but in reality, it is only 46 years away and, at the moment, we are not producing enough food to satisfy that population.
We are not gaining any acreage since most of the best farmland is being bought for homes and development. So where do we even start? That is where N.C. Cooperative Extension, along with N.C. A&T State University and N.C. State University come in. This group is striving to make quality programs to teach new, old and transitioning farmers how to be more efficient, produce better and run their operations as businesses. Someone has to do it, or we will have a lot of “hangry” (hungry and angry) people to deal with when we reach 2050.
One such program to recognize and encourage farmers is the N.C. A&T Small Farms Week. This program has been a collaboration between Cooperative Extension and N.C. A&T for 28 consecutive years. Each year, programs showcase farms across the state and recognize one outstanding farmer for his or her feats in agriculture.
This year, the program was March 24-26. A kickoff event was in Watauga County in Boone. This was the home county of last year’s Small Farmer of the Year winner, Bill Moretz of Moretz Mountain Orchard and Farms. Moretz has a unique farm — he grows apples on a mountain side which is at about a 3,000 foot elevation. Climbing up the hillside to see his orchard was a workout in itself. Just imagine walking it every day.
He grows more than 100 varieties of apples on dwarf rootstock, but he also grows blackberries, raspberries, blueberries, peaches, pears, plums, hardy kiwi and even goumi berries. Also on the tour was Panoramic Tree Farm that raises Christmas trees. Who knew that the small trees first planted are already 3 to 5 years old? Next time you are cutting your tree for the holidays, know that they can be 10 to 15 years old. We also learned that the trees cut for the White House or Rockefeller Center could be more than 100 years old.
The second day of the program, we visited two farms. One was Farlow Farm, run by Russell and Jennifer Farlow. They originally started with a small garden but have quickly grown and now raise vegetables on 10 acres. The have grown so much that they have retrofitted an old dairy barn into a packing line and built their own coolers using a coolbot which causes window air-conditioning units to continuously cool.
Smith Farm and Greenhouse was the second stop, and they are unique because they use solar panels to help heat their greenhouses. They received an $8,000 RAFI-USA grant to build solar panels to heat water and heat their greenhouse, reducing their gas bill. George Smith, the owner, said it saved him more than $7,000 this year alone, due to the cold weather and increase in gas prices.
On the last day, it was a celebration of the local farms of North Carolina, and we had numerous speakers, including the chancellor of N.C. A&T, Dr. Harold Martin, and the N.C. Commissioner of Agriculture, Steve Troxler. Many farmers, extension agents, interested individuals and faculty were present to witness the 2014 Small Farmer of the Year. This year’s winner was Ryan Wiebe from Wiebe Farmin’ in Yancey County. Wiebe raises his own transplants and sells wholesale. He was not raised in farming but is now a great example of a farmer who has built his business over 10 years with the help of Cooperative Extension. As for next year, Wiebe’s farm will be part of the kickoff event for the 2015 Small Farms Week. If you would like to visit Wiebe’s Small Farmer of the Year video, visit: https://www.youtube.com/watch?v=DCNDtpMCzDA&list=PLA749256CA72D2EB2&index=2
Farmers are a passionate group and deserve far more credit than we can give. If you are interested in the programs to help farmers, visit your local Cooperative Extension office at 2727 Old Concord Road, or call 704-216-8970. If you would like more information on Small Farms Week, visit: http://www.ncat.edu/news/2014/02/small-farms.html

Applications for US jobless aid dip to 4-month low