Knox without principal again Snider the fourth to exit since 2008 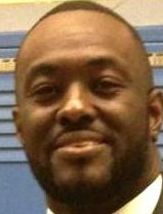 A Knox Middle School parent said she was shocked Friday to learn that Terrence Snider would be leaving the principal’s office.
And she said other parents and staff were also caught off guard when they received a message from the school stating that effective Monday, Snider would transfer to an assistant principal’s role at North Rowan Middle School.
Part of the reason it’s a jolt is the fact that Snider was the fourth principal to leave Knox since 2008, and the third to exit during the academic year.
“It was a surprise — I was shocked,” said Tracy Walser, mother of a seventh-grader at Knox and the school’s Parent-Teacher Association secretary.
“I thought he was doing a fine job,” she said. “I think the students and the teachers had a lot of respect for Mr. Snider.”
She said Snider provided some consistency to a school that hadn’t experienced a lot of that because he’s been at Knox for a number of years.
Snider joined the Knox staff in August 2007 as a curriculum coach. One year later, he became assistant principal, a role he held until August 2012, when be became the school’s principal.
Before coming to Knox, he taught English at Salisbury High for two years and language arts at North Rowan Middle for five years before that, where he was named teacher of the year for the 2004-05 school year.
Because Snider’s move is an administrative transfer, Rita Foil, public information officer for the school system, said she couldn’t comment on the reason for it. She did say that he is not being disciplined.
Chuck Hughes, Salisbury’s representative on the Rowan-Salisbury Board of Education, said that because personnel discussions happen during closed session, he really couldn’t speak to the reasons why Snider was transferring.
Hughes said Snider “felt he was a better fit as the assistant principal at the other school.”
Walser said her son’s understanding was that Snider chose to go to North Rowan for a job change.
“What I know is this — nobody knows,” said Lea Silverburg, who taught special education at Knox for 20 years.
Snider’s transfer was not included in the personnel reports approved by the school board during closed session at Monday’s meeting because reports take two weeks to be processed.
Larry Brown will fill the role of interim principal through the end of the school year, according to Foil.
“This is good for Knox because he’s been there before,” she said.
This actually is Brown’s fourth time serving in an interim administrative role at Knox and his third serving as interim principal.
He served as interim principal from Sept. 21 to Oct. 16, 2009, and again from April 1 to June 30 in 2011. In 2012, he served a two-month stint as interim assistant principal beginning in October.
Brown will be moving from the assistant principal position Snider took at North Rowan Middle into Snider’s vacated position at Knox.
Brown is often referred to as “the fixer,” because he goes into schools when they lose a key administrator, Silverburg said.
Foil said the search for a new principal for Knox will look a little bit different this time, adding that the school system plans to follow a model similar to the one used to hire Luke Brown as principal at Salisbury High earlier this year.
The model is heavily dependent on parent, teacher, student and community feedback.
On April 2, Kristi Rhone, executive director for human resources, and Tina Mashburn, director of middle school education, will meet with Knox’s School Improvement Team to discuss leadership priorities.
The following day, they will advertise and post the position.
On April 14, a town hall meeting will be held to share the interviewing process with the entire Knox Middle School community. On the same day, the school system will post an anonymous online survey for students, staff and parents.
Interviews for the position will be held May 5-14, and Superintendent Dr. Lynn Moody plans to take a candidate selection to the Board of Education for approval on May 19.
Walser said she’d like to see a “great communicator” take on the role of principal.
Communication between the central office, staff and parents can be “very difficult at times,” she said. A strong communicator would “eliminate problems from the get-go,” could effectively reach out to nonprofits to express needs and could formulate a strategic plan for the school and bring it to fruition, she said.
She also said she’d like to see someone who has a good rapport with the staff and someone who is going to be there for more than one year.
Knox Middle School has some “unique needs,” she said.
“It’s going to take a special person” to fill the role of principal.
“I think it takes a very deliberate action and the superintendent to define what the needs are at Knox and then match those needs to the skill set of a leader that we’ll bring in,” said Dr. Richard Miller, chairman of the Rowan-Salisbury Board of Education. He added that they need to move from looking for someone who just has the credentials to someone who has the same vision the superintendent and the school board have for Knox.
This isn’t the first time a principal has left Knox for an assistant principal position at another Rowan-Salisbury school. In 2011, Rodney Burton transferred to an assistant principal’s position at China Grove Elementary.
Walser said this has brought up a lot of questions for her.
“I’m frustrated as a parent,” she said.
She added that she doesn’t want to see teacher turnover as a result.
Knox has some of the best teachers and students, she said.
“I think when the community realizes what a gem we have at Knox,” the school will have the support from the community and central office it needs, she said.
Snider declined to comment.