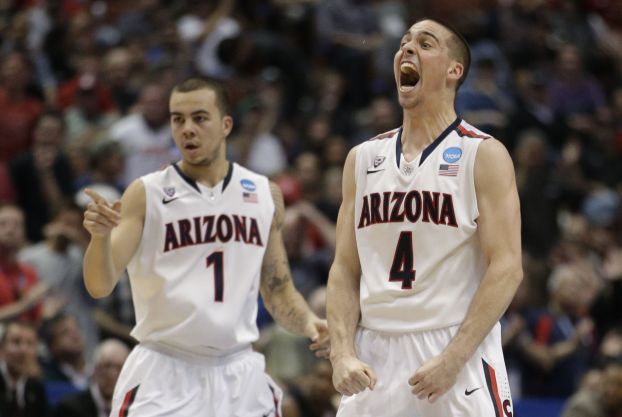 ANAHEIM, Calif. — Nick Johnson scored all of his 15 points in the last 2:45, after missing his first 10 shots, and Arizona rallied to beat San Diego State 70-64 Thursday night and advance to the final eight of the NCAA tournament.
Aaron Gordon and Rondae Hollis-Jefferson scored 15 points each for the top-seeded Wildcats (33-4). They next play Wisconsin in the West Regional final Saturday.
Xavier Thames scored 25 points and Dwayne Polee added 13 points for the Aztecs (31-5). Those two tried to bail out SDSU in the final minute, each hitting 3-pointers before Thames’ basket cut the deficit to 65-61 with 38 seconds left.