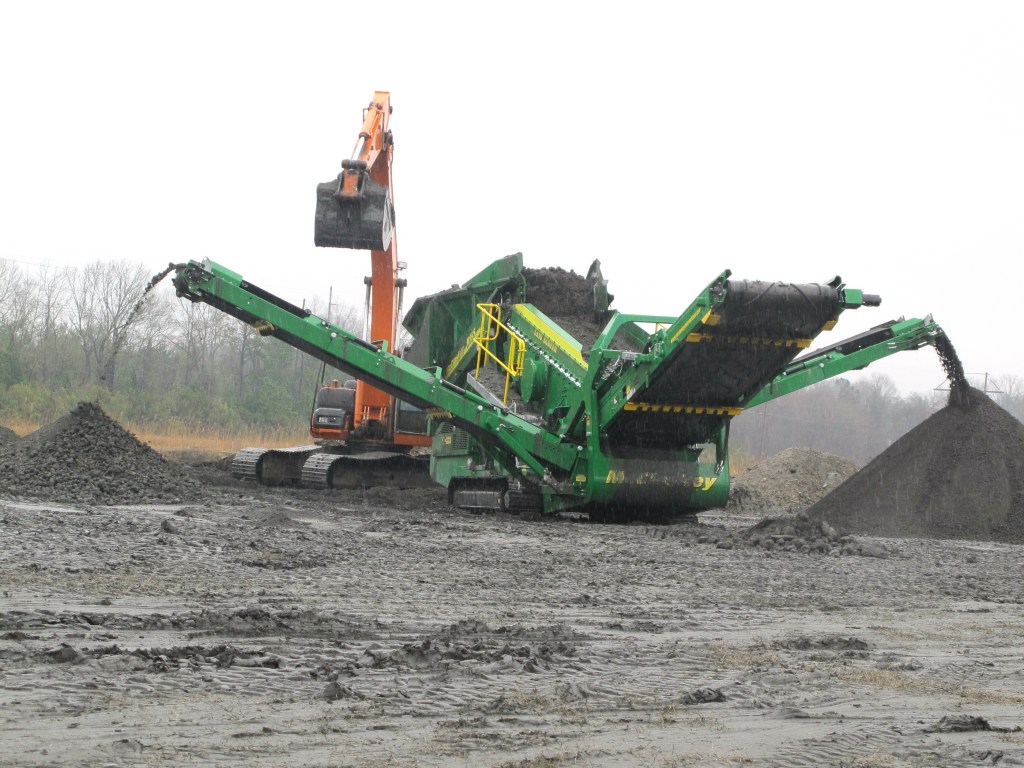 Associated Press
MONCKS CORNER, S.C. — Inside pits containing 1.7 million tons of coal ash at the Jefferies Generating Station, the hydraulic arm of a big orange excavator scooped up the toxic gray sludge and dropped it into the back of a dump truck.
Once loaded, the truck drove down a muck-covered road from the Santee Cooper power plant located about 30 miles north of Charleston to a nearby factory where the water-logged ash is dried out and used to make concrete.
Just across the state line in North Carolina, where a massive Feb. 2 spill from a Duke Energy dump coated 70 miles of the Dan River in toxic sludge, top officials have suggested this very type of ash-removal operation in South Carolina and other states could be dangerous.
Experts say that is not the case.
At sites across the country, coal ash dumped decades ago is dug up and recycled to make concrete, asphalt and other building products. In Wisconsin, for example, the utility We Energies is recycling ash for use in an interstate construction project.
“There is more and more interest in using the ponded ash as it becomes obvious those older unlined ponds are probably going to be facing some kind of regulation in the not-so-distant future,” said Thomas Adams, executive director of the American Coal Ash Association, an industry group is funded by utility companies that include Duke.
Following a massive coal ash spill in Kingston, Tenn., five years ago, the U.S. Environmental Agency has been developing regulations for how coal ash can be disposed of. The agency is set to issue those rules in December.
For decades, utilities have looked for commercial uses for coal ash, a byproduct of coal-fired electricity generation that includes poisons such as arsenic, lead and mercury. About half of the more than 100 million tons of coal ash created each year in the United States is recycled for uses federal officials have deemed safe as long as the toxic materials are encapsulated in the finished products.
Duke, the nation’s largest electricity company, has an existing program seeking beneficial uses for its waste. Depending on its quality, coal ash can be sold for as much as $40 a ton, enough to cover the cost of hauling it away.
But there has always been more ash created by the nation’s utilities than demand to use it. As a result, decades of waste has ended up in pits and mounds, typically next to coal-fired power plants. And those plants, which need large amounts of water to make steam, are located next to rivers and lakes.
N.C. Environmental Secretary John Skvarla suggested last week it would be unwise for his agency to force the removal of Duke’s leaky coal ash pits without long and careful study.
“There are environmental scientists who say that is the worst thing that could happen to the environment,” Skvarla said. “The answer is nobody knows at this point in time.”
Gov. Pat McCrory, who worked for Duke Energy for 28 years prior to becoming governor, echoed similar worries. State officials were later unable to provide an example or academic study showing the removal of coal ash has harmed the environment.
Dennis Lemly, a biologist for the U.S. Fish and Wildlife Service who has studied the long-term impacts of coal ash pollution, said that is because there are none.
“What’s the worst that could happen?” Lemly said. “Spilling a dump truck full of ash is nothing like spilling a couple hundred million cubic yards of ash into a river.”
Rennie M. Singletary, a vice president for Santee Cooper, said the removal of the toxic ash from unlined pits shows the commitment of South Carolina’s largest electricity provider to protecting the state’s waterways.
“If you have a good plan and manage the excavation in a good engineered way, there’s little risk in moving the coal ash,” Singletary said. “Our intention is to return it to a natural area of wetlands, like it was before it was turned into an impoundment.”
A coalition of environmental groups represented by the Southern Environmental Law Center sued Santee Cooper and SCE&G in 2012 over groundwater contamination from their coal ash dumps. Both of the utilities quickly settled, agreeing to remove the ash over the next decade.
But when citizens groups in North Carolina tried to sue Duke Energy in similar fashion, state environmental officials used their regulatory authority to intervene — negotiating a settlement where the $50 billion company would pay fines of $99,111. The proposed settlement, put on hold following the Dan River spill, included no requirement that Duke actually remove its coal ash or stop polluting groundwater.
After facing widespread criticism for his administration’s handling of the spill, McCrory sent a letter this week to his former employer demanding Duke provide state regulators with a plan by March 15 for what the company intends to do with its coal ash dumps. The state Department of Environment and Natural Resources also said it may use its authority to force Duke to remove the remaining ash at the Dan River Steam Station, where the spill occurred.
Duke has said it intends to stop the pollution leeching from its unlined ash pits, but has not yet said how it plans to do so or provided a timetable for getting it done.
In South Carolina, Singletary said Santee Cooper didn’t want to wait for a disaster. The company looked at several options, including encasing ash in giant concrete vaults. In the end, he said, removing the ash for recycling or to lined landfills made better business sense.
All told, Santee-Cooper is spending about $250 million on the project.
“We want to be out of the ash business altogether as far as impoundments. That’s our goal,” he said. “The problem with leaving it where it’s at is we worry about the long-term effects.”
———
Biesecker reported from Raleigh. Follow him at Twitter.com/mbieseck
Follow Mitch Weiss at Twitter.com/mitchsweiss